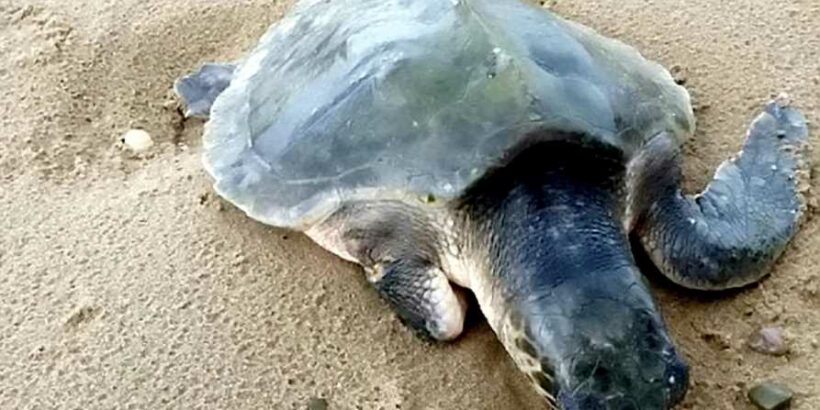 THE world’s rarest sea turtle washed up on a freezing British beach — 5,200 miles from its tropical home.

It was found alive by a dog after straying far from its habitat in the Gulf of Mexico. 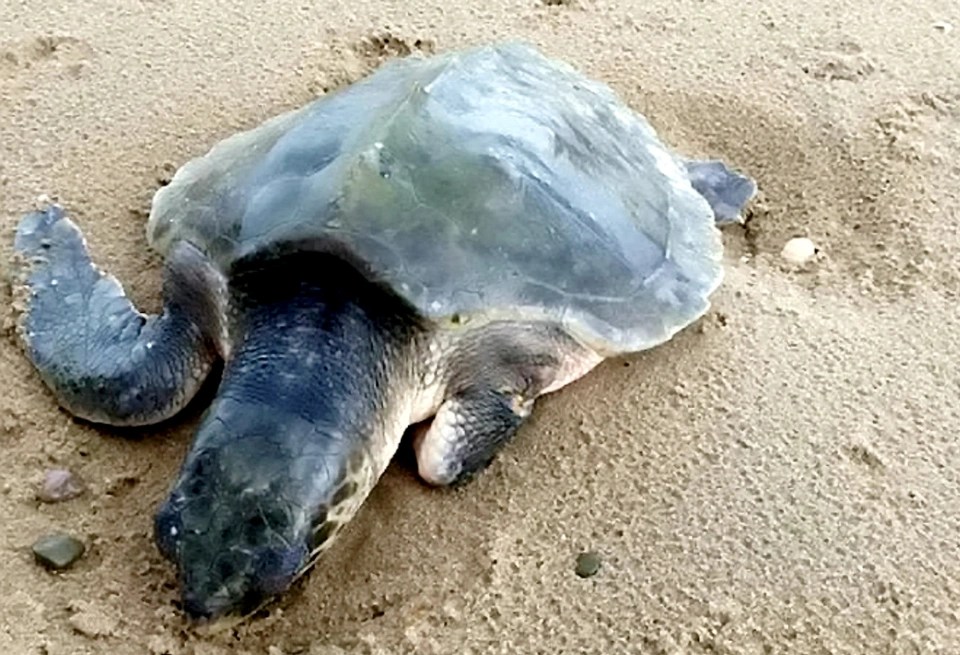 Dad Ash James, 34, was walking pet Teddy when he began barking at some “seaweed”.

He then saw it was a motionless turtle, and was joined by wife Samantha, 35.

She said: “We were in shock as they’re not supposed to be in these parts of the world.” She alerted sealife specialists who came to Talacre beach in Flintshire on Sunday.

They identified it as a juvenile Kemp’s ridley sea turtle in cold-water shock — as it moved when prodded.

It is believed Storm Arwen blew the creature off course in the Atlantic.

The turtle — named Raphael by the couple’s son Gethin, nine, after the Teenage Mutant Ninja character — is now recu­perating at Anglesey Sea Zoo.

Staff hope to fly it home in the new year. 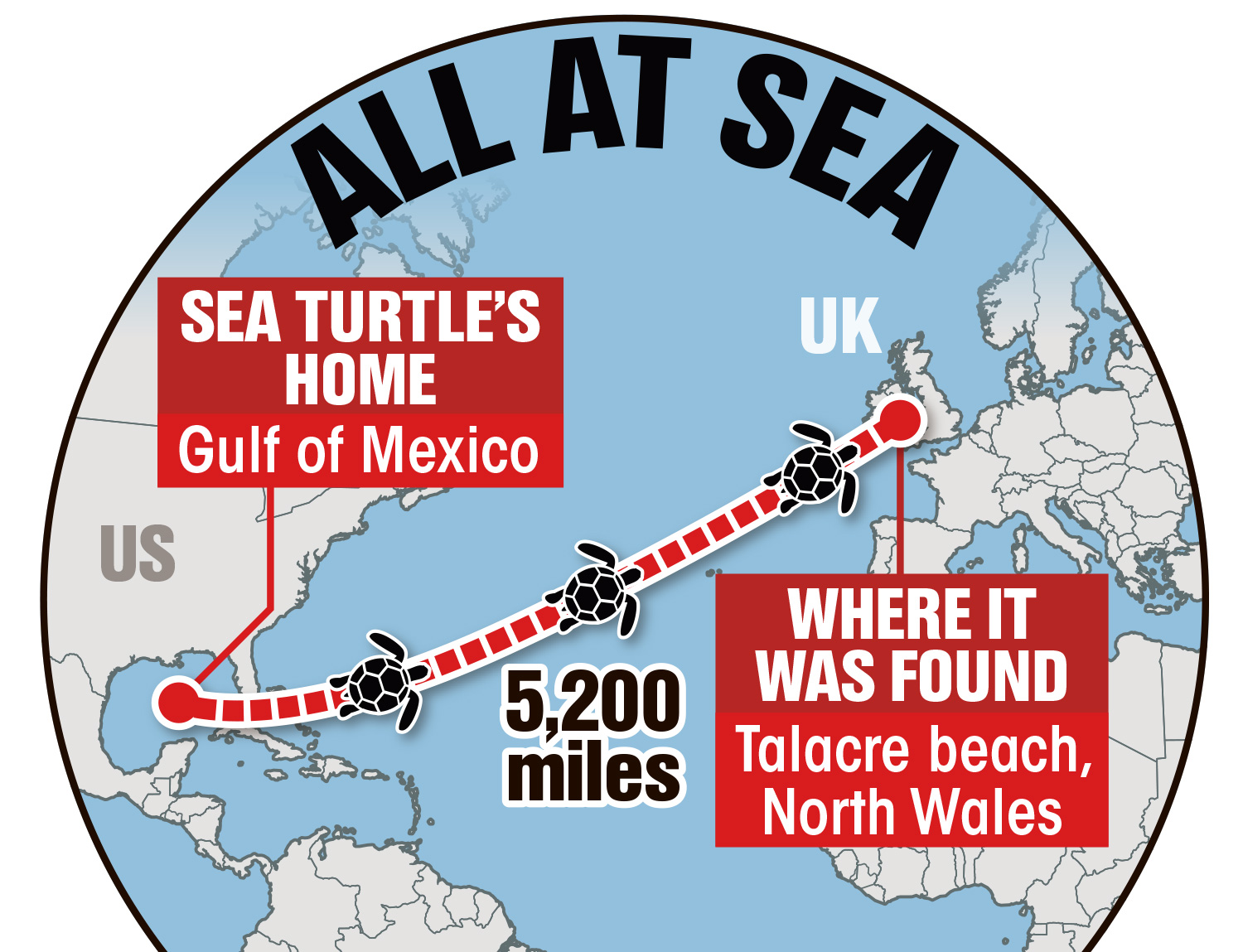