From a floating farm with whales as neighbours, to a home that looks like it’s on another planet, these are the weirdest homes around the world.

Marcio Mizael Matolias has lived on a beach in Rio de Janeiro for the past 22 years – inside a giant sandcastle he crafted.

Meanwhile, in a replica space station in the remote desert of Utah, a rotating group of eight scientists live 24/7 as if they are on Mars. With a barren red rocky landscape, their surroundings even look uncannily like the Red Planet.

Christian fundamentalist Johan Huibers lives in an ark he painstakingly built himself and sails it around Europe, with live animals on board including camels, goats, alpacas and snakes, but he is not the only one with a floating home.

Canadian couple Catherine King and Wayne Adams own the multi-coloured Freedom Cove in Vancouver Island – a floating farm which is located in an area so remote that there are more whales than people living there, and the nearest town is ten miles away by boat.

Viewers are taken on a tour of some truly bizarre properties and meet the fascinating people who call them home in a show called World’s Weirdest Homes, which airs on Channel 4 on December 5. 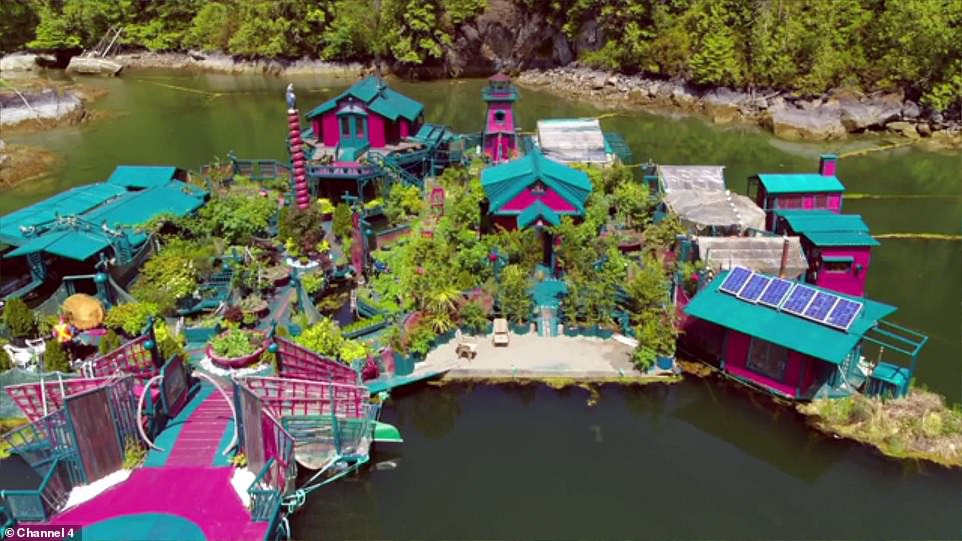 Catherine King and Wayne Adams own Freedom Cove in Vancouver Island, Canada. The property is a giant farm that is actually floating on the ocean in an area of Canada so remote there are more whales than people and the nearest town is 10 miles away by boat 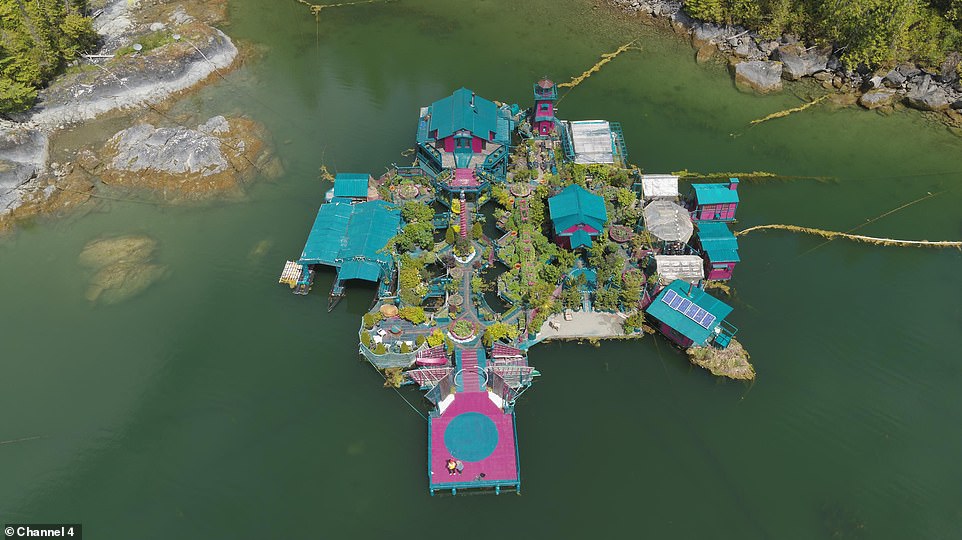 The property, which is completely off the grid, features a multi-coloured house, lighthouse, art gallery and boathouse as well as huge areas of lush gardens. The couple survive by growing fruit and vegetables and going fishing and crabbing – and you can even fish from a hole in the living room 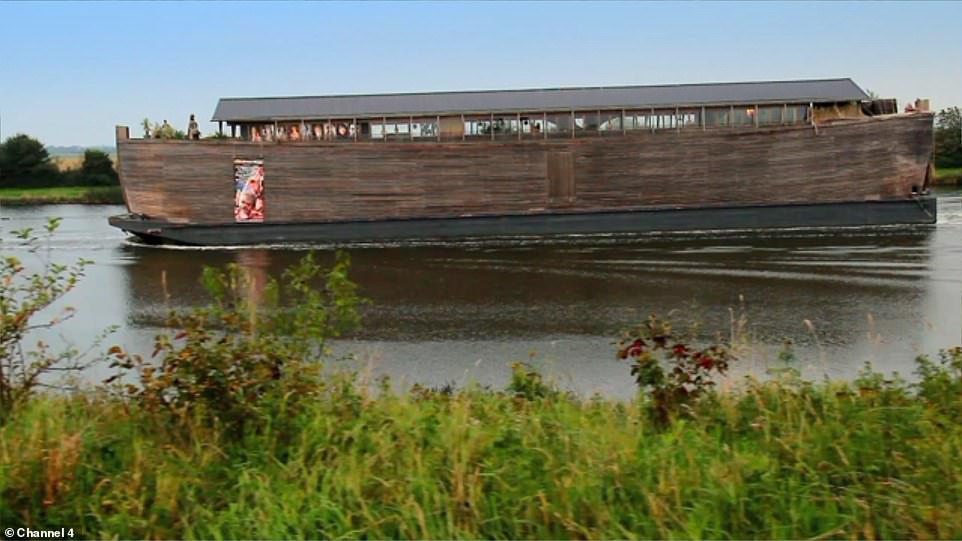 Dutch Christian fundamentalist Johan Huibers built his Noah’s Ark in 2005 because he wanted to save humanity from sin – and was inspired to do so in a vision. It’s a painstakingly crafted downsized replica 70 metres long, 9.5 metres wide, 13 metres high and made of pine and cedar 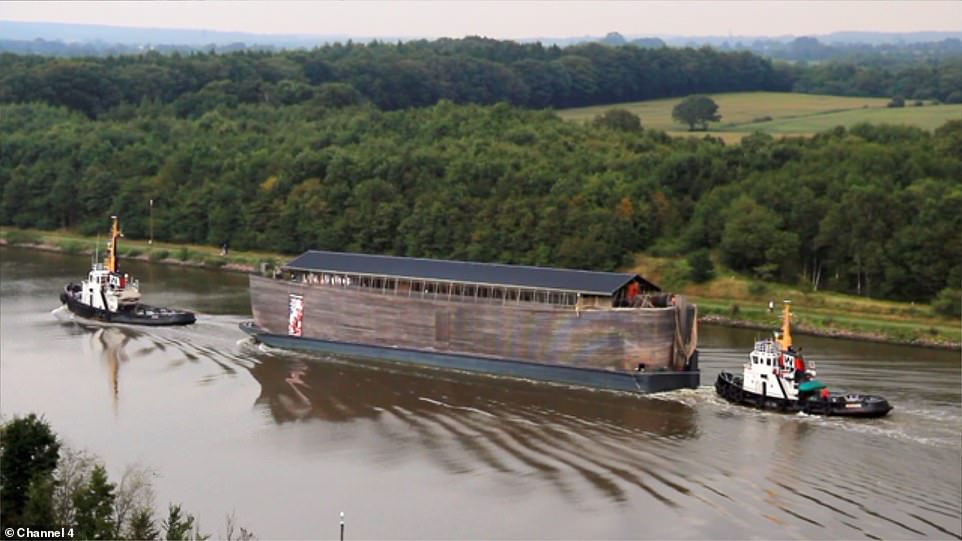 Peters, who describes himself as a prophet, started off by sailing the Ark around Northern Europe with live animals on board including camels, goats, alpacas and snakes 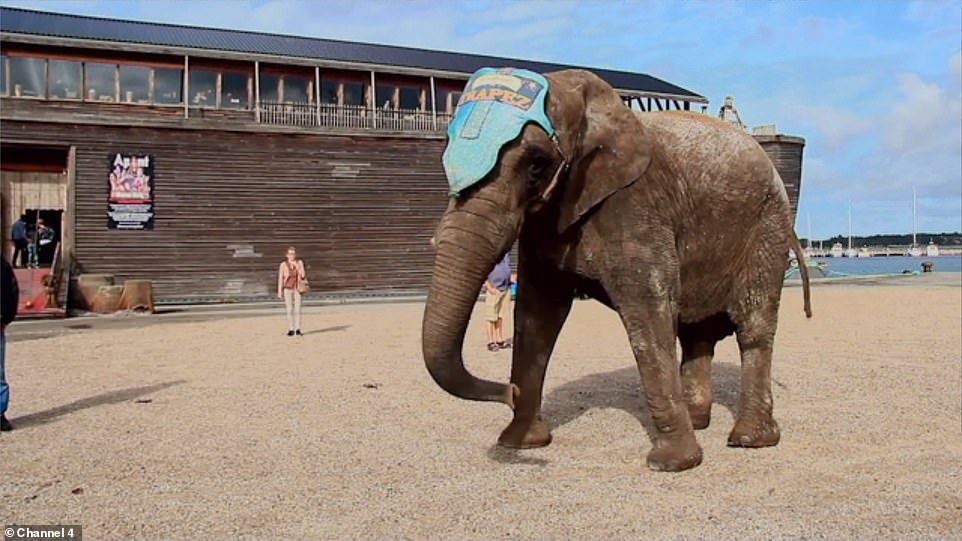 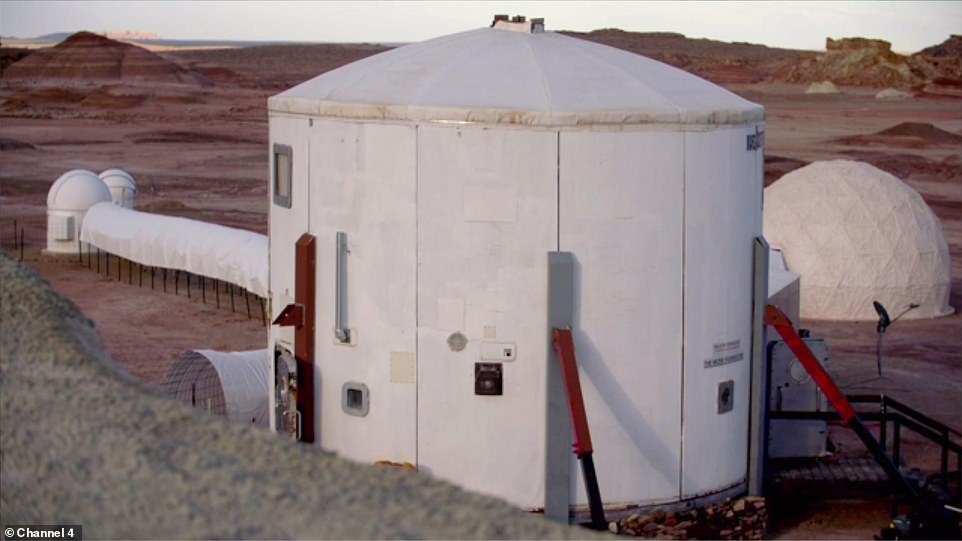 Like the real deal: The Mars Desert Research Station is located in the remote desert of Utah near the tiny town of Hanksville, where scientists live as if it was on the red planet 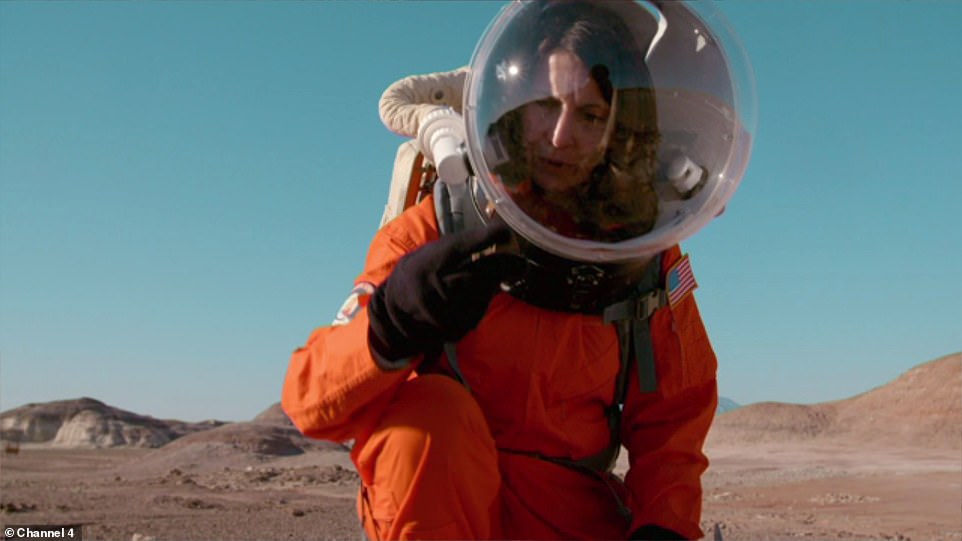 Life on Mars: The eight scientists living at the Mars Desert Research Station replicate life at a real space station, which includes being unable to leave the base, eating freeze dried food and attempting to grow plants in ‘Mars soil’ 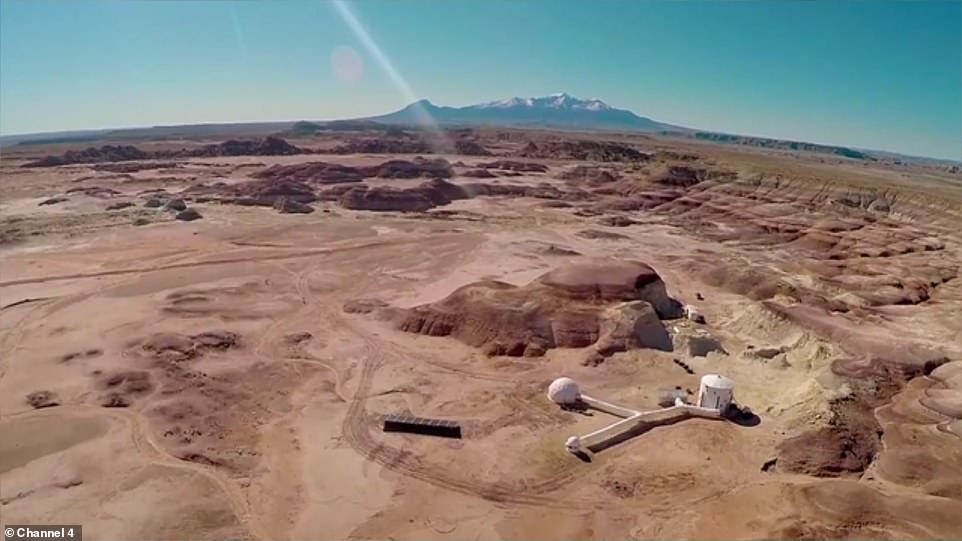 The replica space station, which has a constant rotation of scientists living inside it, include a main two-story living area, observatory, greenhouse and laboratory 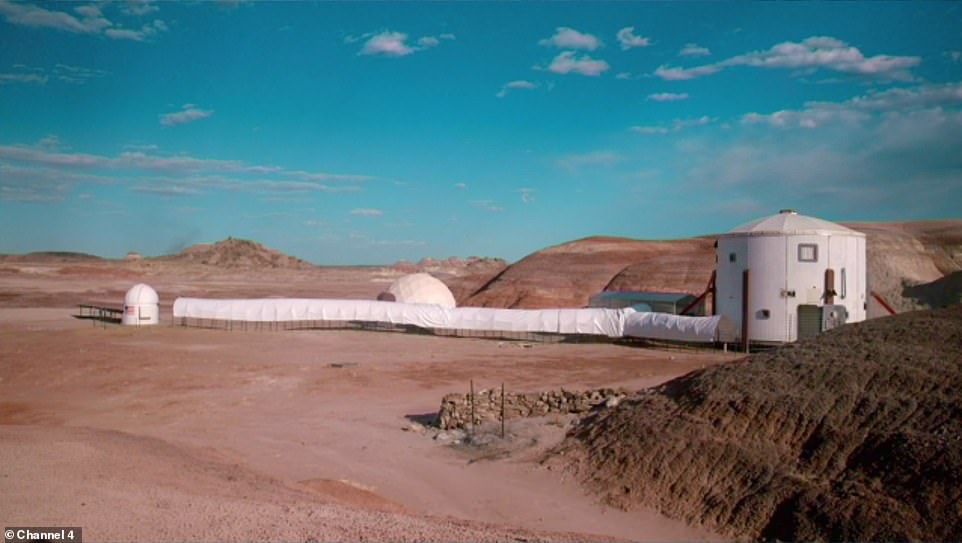 The main habitat is smaller than a one bedroom apartment with bunk beds in tiny closet-style rooms. There is just one toilet to share and just a few small windows to peer out of 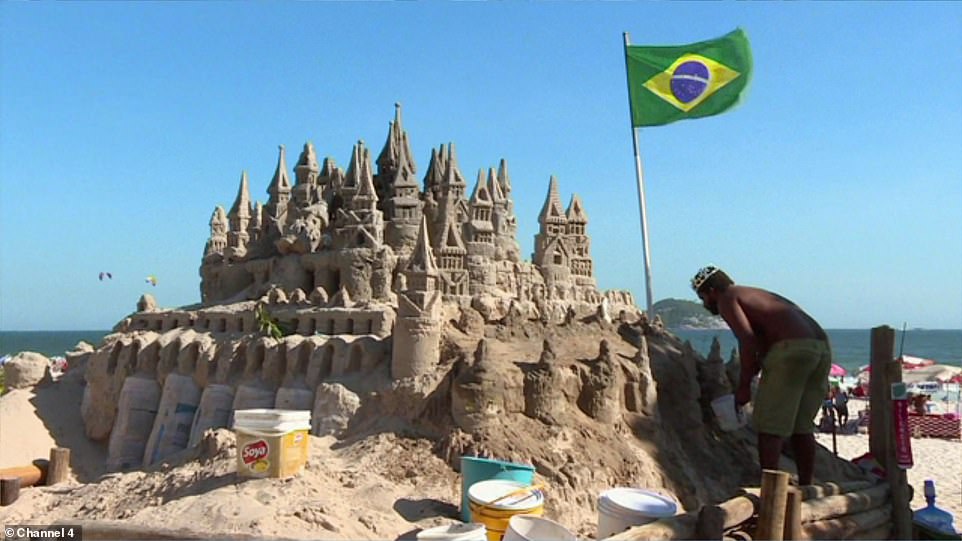 King of the castle: Marcio Mizael Matolias has been building – and rebuilding – a giant sandcastle on a beach in Rio de Janeiro for 22 years 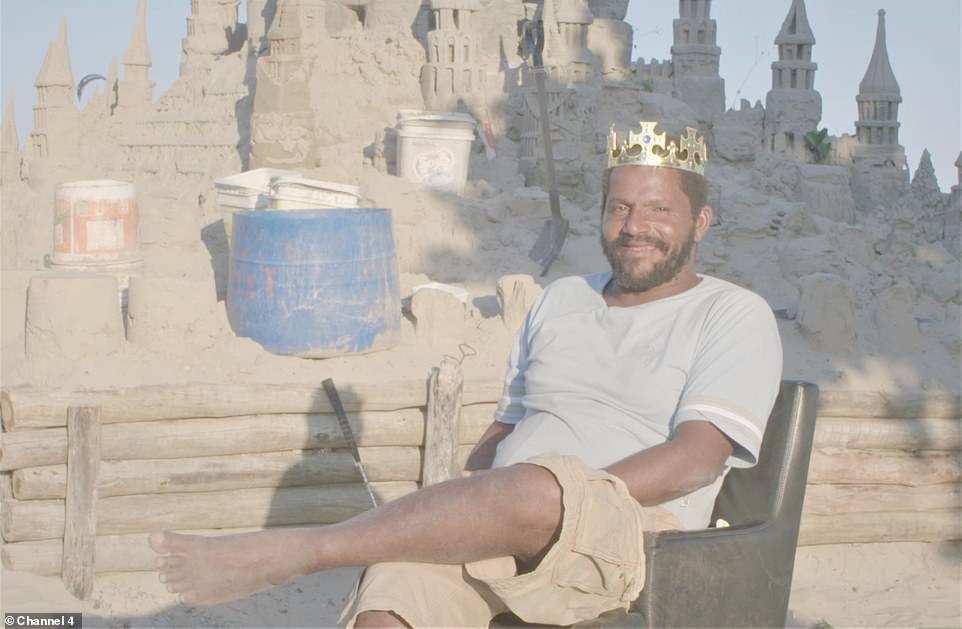 Proud builder: Mr Matolias lives in a inside the sandcastle in a 64sq.ft room, which is held up by a rudimentary wooden frame and mostly contains his books 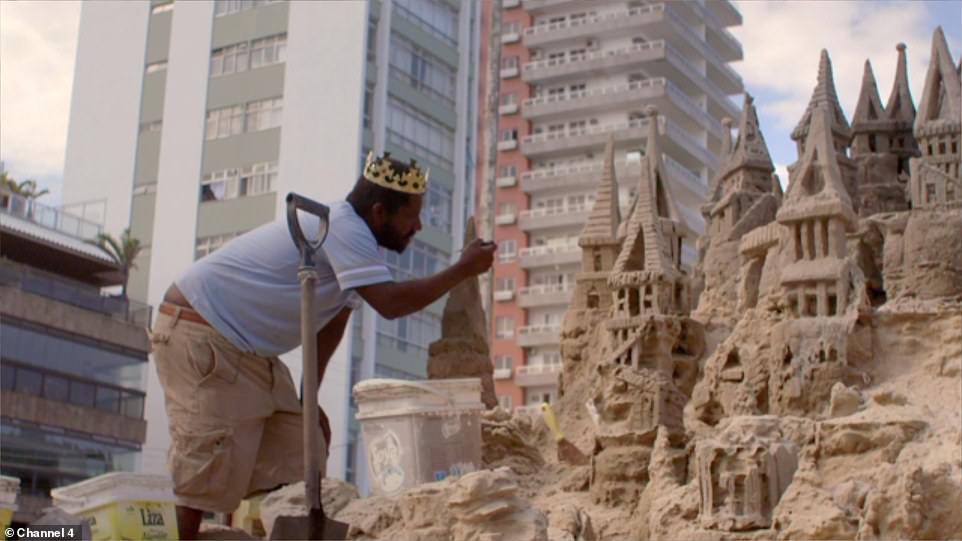 The sandcastle has intricate turrets – there are currently 40 of them – which Mr Matolias creates by hand using the traditional methods of driftwood, sand and water. 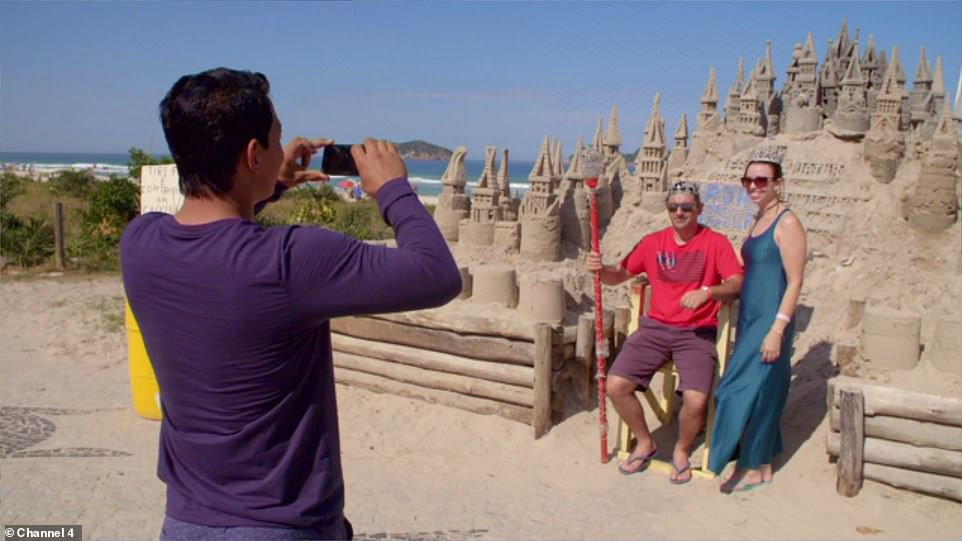 Neverending: The sandcastle is often washed away in the rainy season, meaning Mr Matolias is constantly rebuilding his home, often several times a day 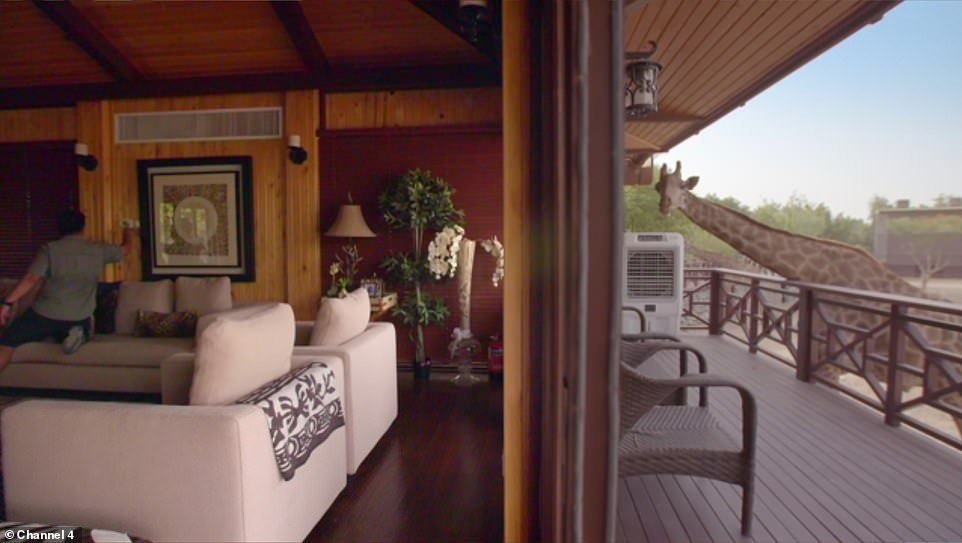 We bought a zoo: Billionaire Emirati businessman Saif Ahmed Belhasa built himself a zoo to live in in Dubai, which is home to more than  200 animals including lions, tigers, panthers, leopards and giraffes 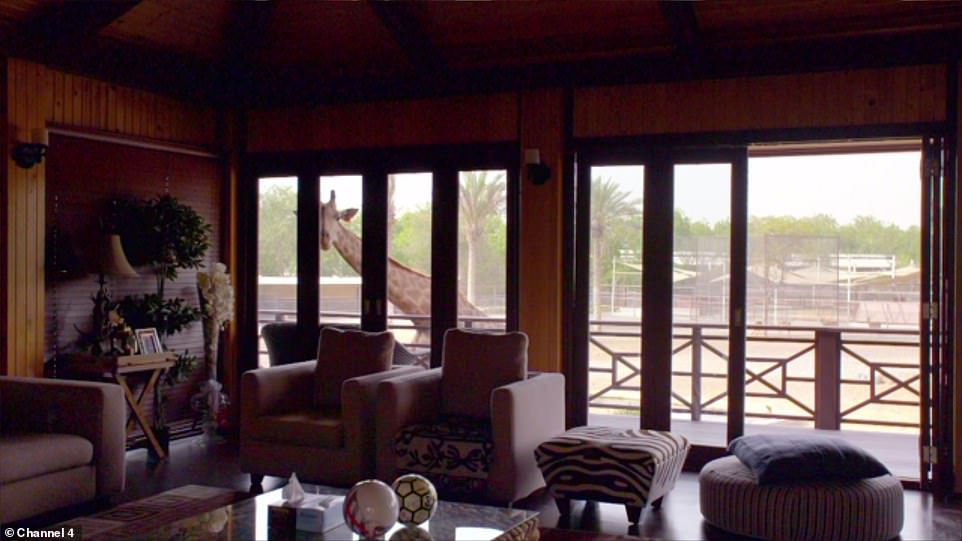 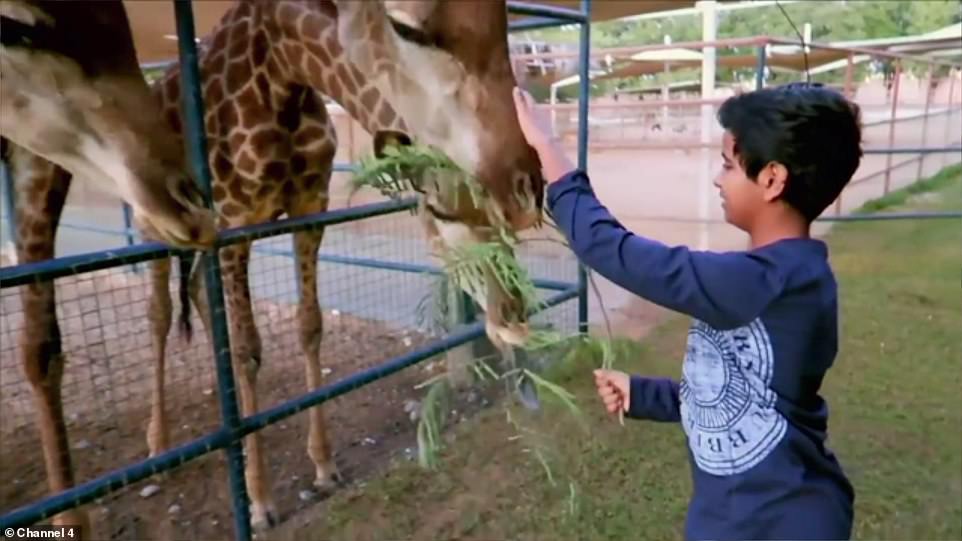 The home is the main residence of his son, Rashed Belhasa, who has become a famous YouTuber and social media star using the moniker Money Kicks