THIS is the moment a Porsche driver slams on the accelerator and crashes over a wall onto another car while trying to park. 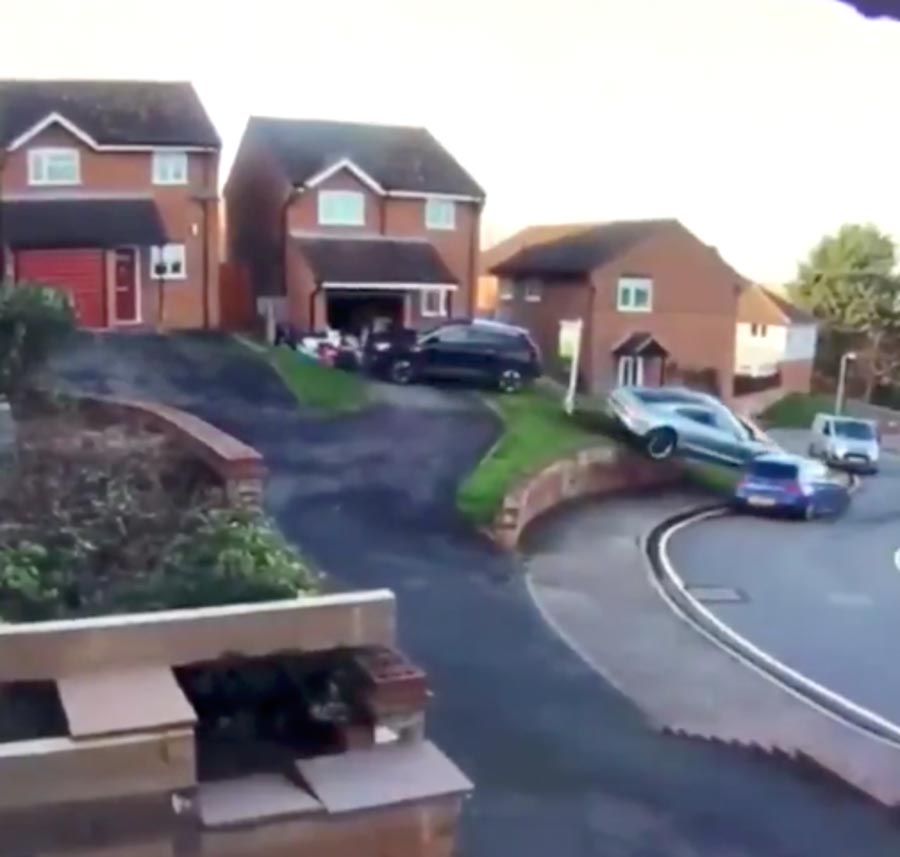 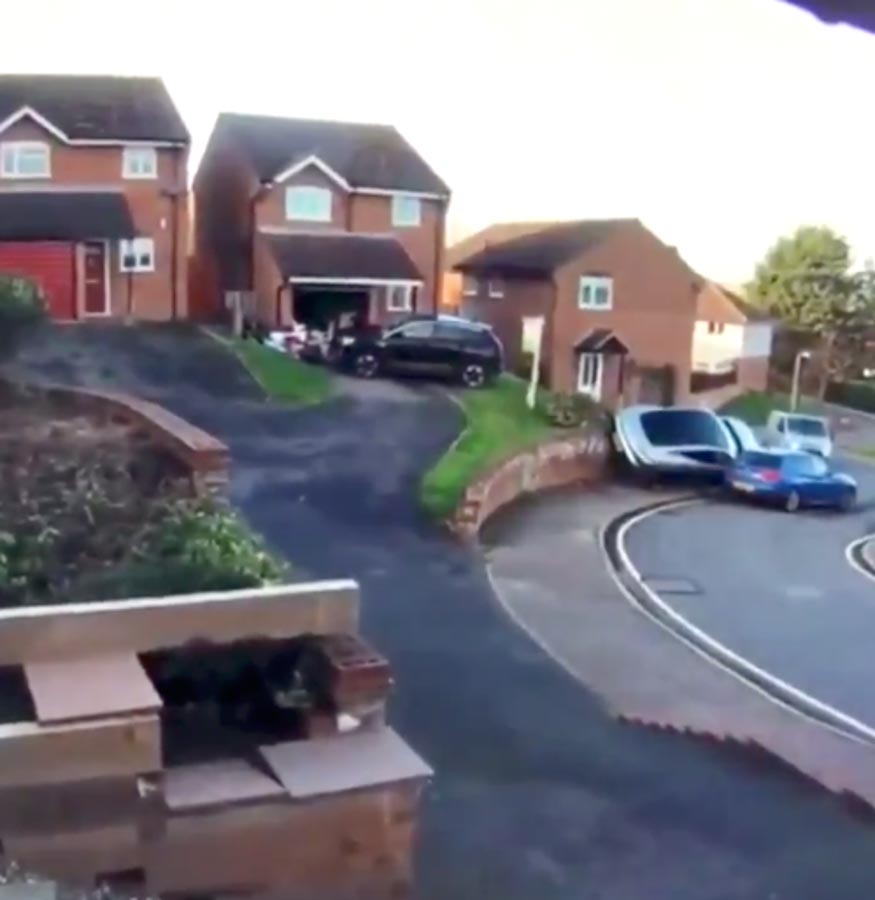 It is thought the driver of the car – believed to be a Porsche Taycan -accidentally hit the accelerator pedal instead of the brakes.

A vehicle recovery firm posted video of the accident on Twitter.

The Porsche driver is seen slowly steering the motor up a driveway.

The Porsche stops briefly before suddenly surging forward and hitting a parked 4×4.

The 4×4 is sent spinning towards a detached house on the quiet cul-de-sac.

But the Porsche surges on, hurtling across a lawn before tumbling from a wall.

It then drives on top of another parked car, sending it flying from the kerb. 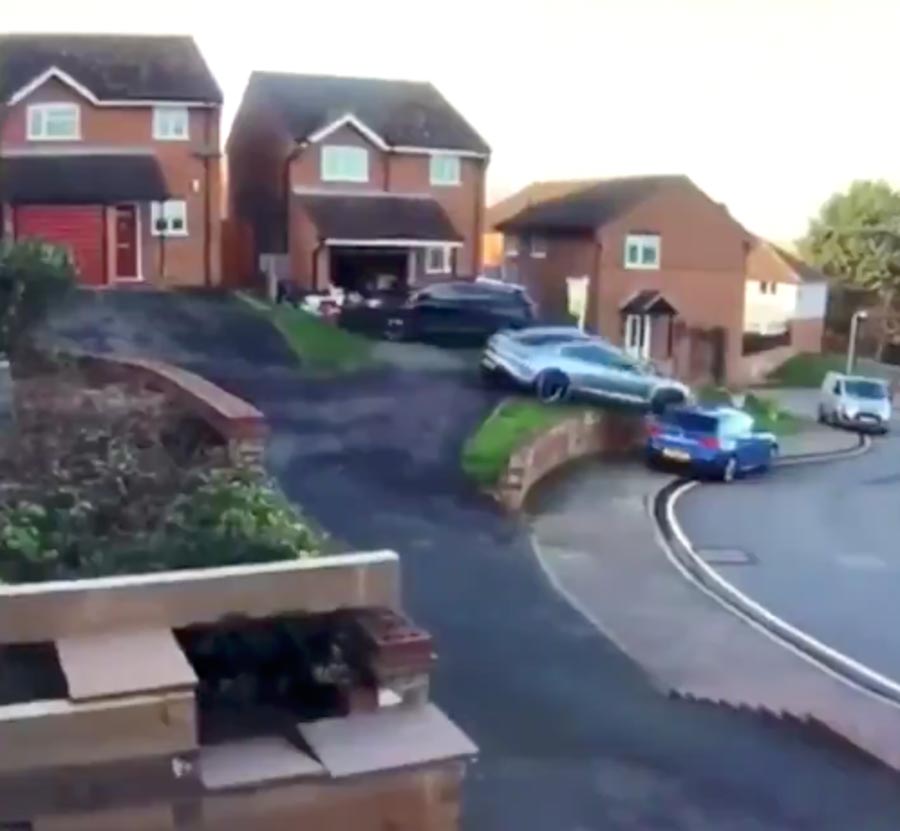 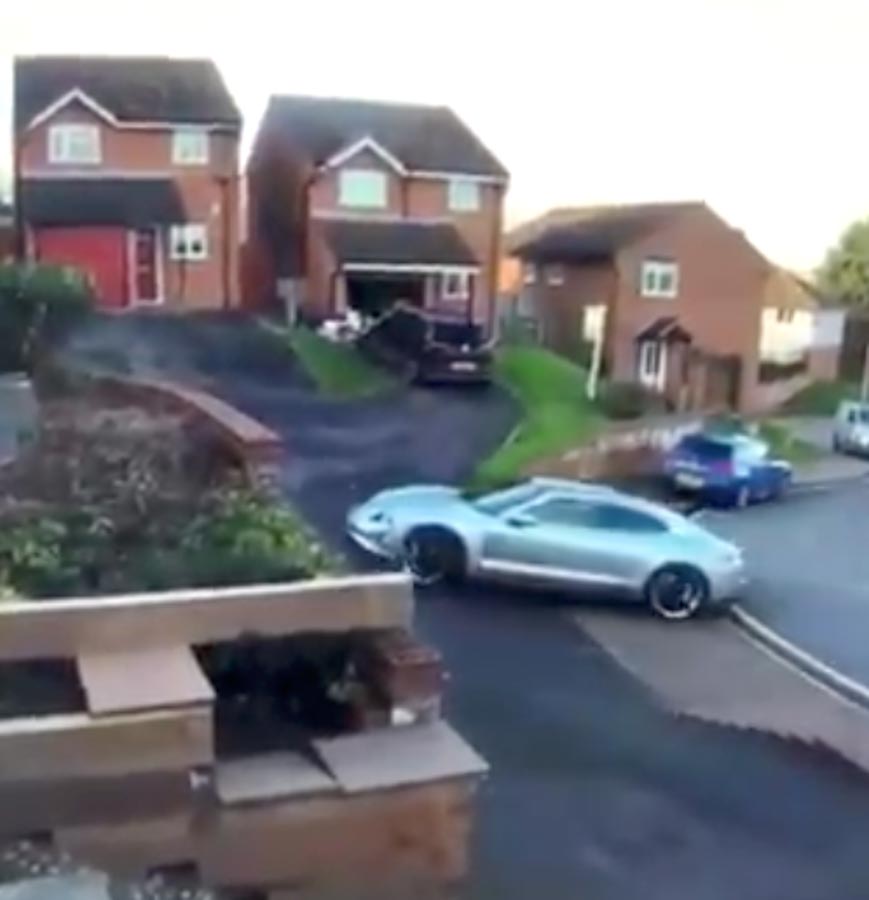 The Porsche comes to a stop on its side between a wall and the parked car.

It is not known when or where the incident took place, or who the driver is.

Another wrote: "Silent, but deadly."

And another said: "Pure incompetence." 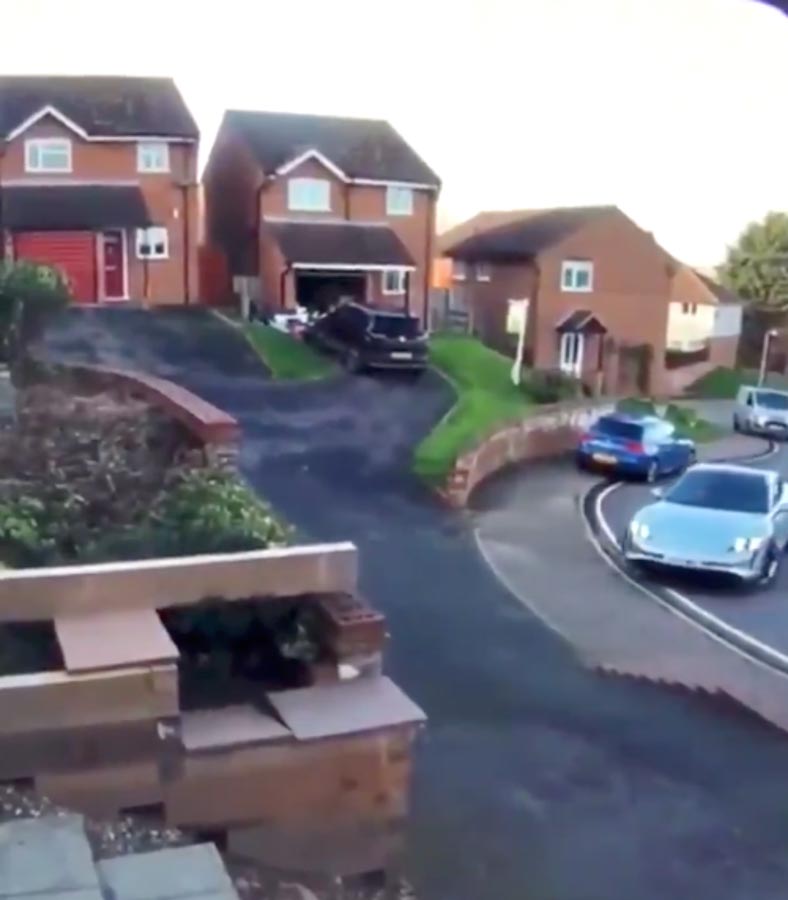