Newly hired teachers and support staff at Victorian private schools are being denied generous discounts on their children’s tuition fees, as schools cut back on the employee perk to boost their bottom line. 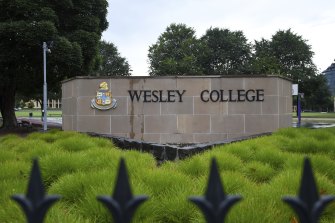 Ex-principal Phil De Young and his wife decided to send their three children to Wesley College thanks to a staff discount. “I would not have been able to afford it had I not been teaching at Wesley,” he said.

“It was considered a perk of the job,” Mr De Young said. “The other reason is it’s always a sign of confidence in the school when teachers have their kids at that school.

“But as schools have become more commercially focused, people have looked at the discounts and thought, ‘Look, I think that’s too generous’. And they’ve been whittled back.”

One teacher at a Melbourne private school which has abolished its discount said this had not only made the school less affordable for teachers and lower-paid support staff, but less appealing to prospective employees.

The teacher, who did not want to be identified due to fear they would be punished by their employer, said the school had promised more scholarships with the money saved and criticised the discount as irrelevant to many staff.

But the teacher said the abolition “seems to be part of an increasing corporatised culture and a generalised diminution of staff pay and conditions which stands in stark contrast to increasingly extravagant building programs”. 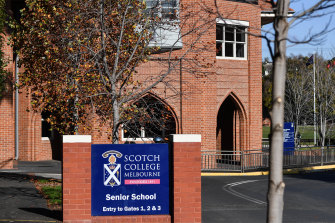 “I understand there’s a differential historically between all-boys and all-girls schools,” he said.

“Predominantly boys’ schools had blokes as teachers and they were the breadwinners. And traditionally girls’ schools had women working in them so there could be something there but that would be speculation.”

Catholic boys’ school Xavier College once educated the students of staff members for free but now provides no discount. Girls’ schools Genazzano and MLC are also believed to provide no discount.

Catholic boys’ school St Kevin’s College, which has offered discounts of 75 per cent to staff, said its rates “may vary greatly”, as is the case at many schools.

More than 54,000 people work in Victorian non-government schools, the latest official figures show. The most experienced classroom teachers in Victoria are paid at least $118,000.

Mr De Young said while the discounts can cost large schools millions, teachers in “both in the private and government sectors are paid well as graduates but after 10 years their relativity to other professions diminishes dramatically”.

”Most schools typically pay the FBT [fringe benefits tax] payable on the discount so it represents an increase in real income,” he said.

The Independent Education Union said: “Unfortunately, we are running up against increasing resistance to maintaining staff fee discounts.”

Our Morning Edition newsletter is a curated guide to the most important and interesting stories, analysis and insights. Get it delivered to your inbox.