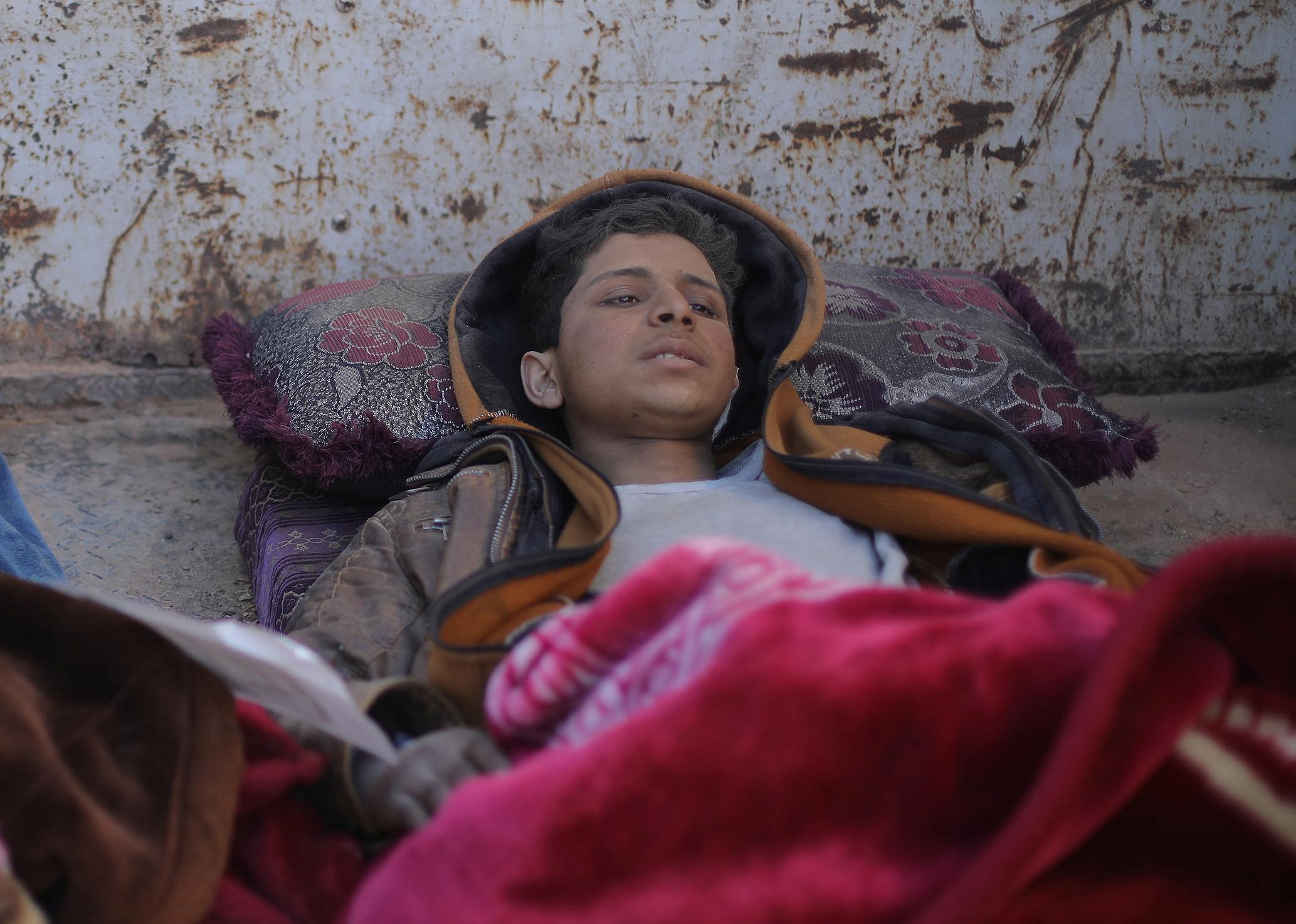 “I had two brothers and a sister. They all died, and then I was by myself,” Hareth told Reuters, tears filling his eyes. “My little sister, I loved her a lot. I used to take her with me to the market.”

Lying in a cattle truck beside another injured boy at a desert transit point for U.S.-backed forces, he huddled under a blanket. His face was covered in dirt and the side of his head wrapped with bandages covering wounds incurred days earlier.

Hareth was 11 years old when Islamic State (IS) carved out its “caliphate” in Iraq and Syria, killing thousands of civilians and attracting an array of enemies that have fought from the air and on the ground to uproot the jihadists.

Now 16, he was among the children swept up this week in the civilian evacuation of Baghouz, the last shred of land under the jihadists’ control where they are on the brink of defeat at the hands of the U.S.-backed Syrian Democratic Forces (SDF).

Some of the children are foreigners whose parents brought them to be raised under IS rule, or child fighters conscripted into what the group dubbed “cubs of the caliphate”. Others, including members of the Yazidi minority, were enslaved by the jihadists.

Many have seen their parents die in the fighting or be detained by rival forces. As IS faces territorial defeat, their fate remains uncertain. The SDF investigates all men and teenage boys arriving from Baghouz to determine possible IS links.

‘THESE KIDS HAVE NOBODY’

Around 20 children crossed the frontline on their own this week, including Iraqis, Syrians, Turks and Indonesians, said SDF commander Adnan Afrin. The fathers of some were identified as IS fighters and arrested immediately.

“These kids have nobody. They need somebody to take care of them, to provide mental health support,” said Afrin, adding that some had gone hungry for a long time. The SDF plans to hand over the children to aid groups, he said.

Hareth said his family had been running a market stall when IS overran their town and they had no links to the group.

After his family was killed in an aerial bombardment, he crossed into Syria with other Iraqis who feared Shi’ite Muslim militias advancing against IS would take revenge on Sunnis – a fear that other Iraqis have cited as their reason for entering IS-held Syria.

Hareth said he tried to avoid the jihadists and denies attending their schools or receiving military training. Their morality police would sometimes arrest and whip him.

“They gave speeches at the mosques, jihad and whatnot,” he said. “I was scared of them. My whole family died because of them.”

When he reached Baghouz, he worked in a field in return for a room to sleep in. He tried saving enough money to go home, but said the militants stopped him.

Hareth was wounded last week when a shell fell near where he was standing along the Euphrates River, injuring his ear, hand and stomach. He wants to get medical care and return to relatives still in Iraq.

“I want to go look for them … When I get better and my body recovers, when I can walk,” he said. “I want to go back, to become a young man again, to build a future again.”