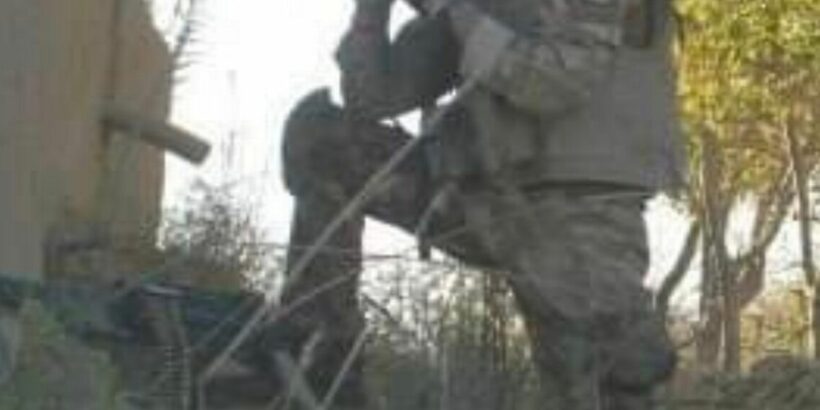 A former soldier who had only two pints of blood left in his body after being blown up in Afghanistan survived against the odds and will now walk his bride down the aisle.

Severe nerve damage to his left leg meant Ben Bainbridge, now 30, struggled to walk as his foot was paralysed so he often stumbled and tripped over.

He was just 18 when an Improved Explosive Device was detonated next to him, leaving him with life-changing injuries, HullLive reported.

Ben said: "I know I could easily have been killed by the blast or from losing so much blood, the surgeons have said I was a fighter and I had youth on my side."

After being put into an induced coma and stabilised, Ben was transferred back to the UK and spent two years at the military’s Headley Court rehabilitation centre and, despite aiming to continue his career in the Army, he was medically discharged in 2013.

The sciatic nerve damage to his left leg has caused "foot drop" and the daily chronic pain varies from numbness to pins and needles or a burning sensation.

"It has been tough, there are a lot of things I struggle to do, like being able to go on a long walk with our dog," said Ben.

"I would love for us to be able to go out and enjoy a proper family day out with our girls, Ellie, 11 and Ariel, seven, and go ice-skating or rock climbing."

He went on: "I really wanted to go back into the Army as my career had not been long enough. When you leave the military, you feel like you are just a number to them so when I was medically discharged I got depressed as I felt alone and the future looked bleak."

With thanks to Help for Heroes and a new ankle brace that stabilises his foot, he will now walk his bride down the aisle.

"I’m not ashamed of my foot but I’m looking forward to walking up the aisle and having people stare at me for the right reasons."

Steph said: "When he stood up and walked for the first time in the new leg brace, I cried, it felt so amazing. It was overwhelming because just being able to walk has been a daily struggle for him for 11 years."