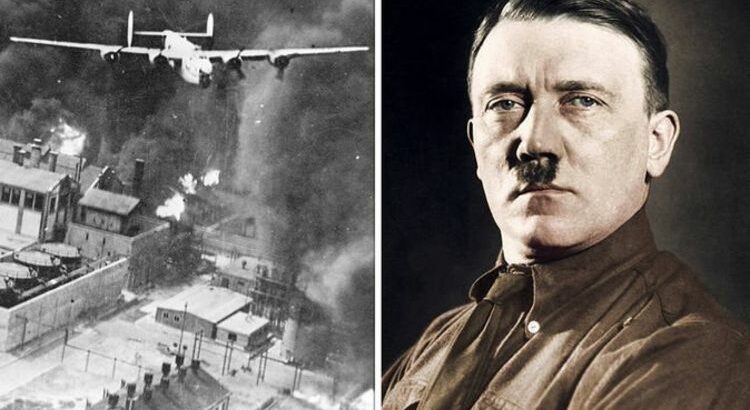 The top secret plot unravelled just months after the surrender at Stalingrad marked Nazi Germany’s first major defeat. Operation Tidal Wave was an air attack by bombers of the US Army Air Force based in Libya and southern Italy on nine oil refineries around Ploiesti, Romania. It was a strategic bombing assault to cut off up to a third of Hitler’s vital supply and part of the “oil campaign” to deny petroleum-based fuel to the Axis powers.

But Dark Docs revealed how the plot unfolded during their ’A Risky Raid on Hitler’s Gas Station’ documentary.

The narrator said: “The Luftwaffe’s defences had been greatly underestimated much to the misfortune of the Allies.

“The defence system comprised of over 100 high-calibre anti-aircraft guns and low-calibre guns.

“It turned Ploiesti into the most rigid air defence network in Europe. 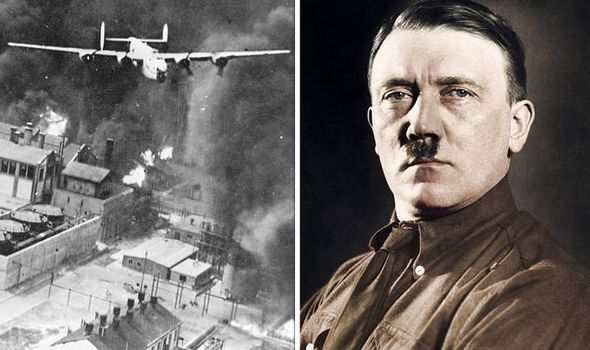 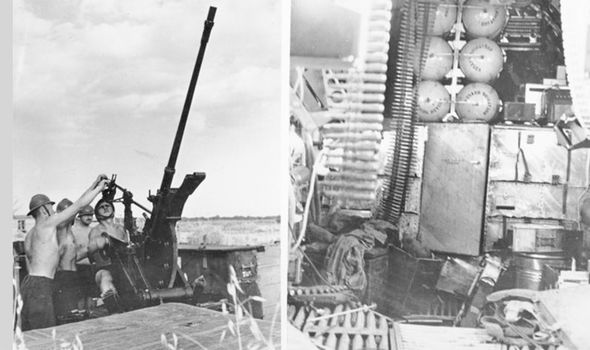 “Some of the smaller guns were hidden in old cars, haystacks and even inside mock buildings.

The series went on to detail how things started to go wrong.

It added: “Although thorough and optimistic about their creative approach, the Allies only had six weeks to prepare for their attack.

“On the morning of August 1, 1943, 178 B-24 bombers took off from Allied airfields in Benghazi and headed northeast over the Mediterranean Sea towards the city of Ploiesti. 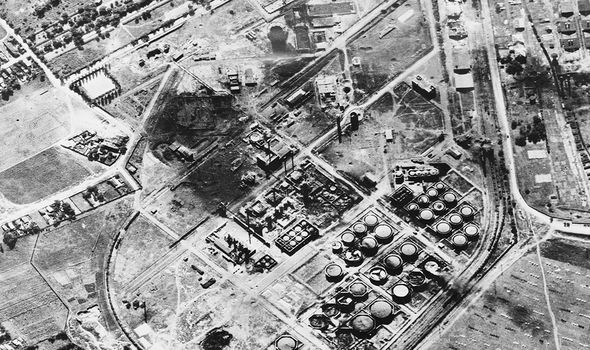 “However, problems started almost immediately after takeoff when a plane was lost due to limited visibility.

“Shortly after another B-24 crashed, prompting others to abort the mission.

“By the time the Allied groups finally arrived in Romania in scattered formations, only 167 of the original 178 bombers had made it.”

And soon, the narrator revealed, it descended into calamity.

He added: “The attack was dramatic, chaotic and bloody. Such was the mess that historians also refer to the operation as Black Sunday. 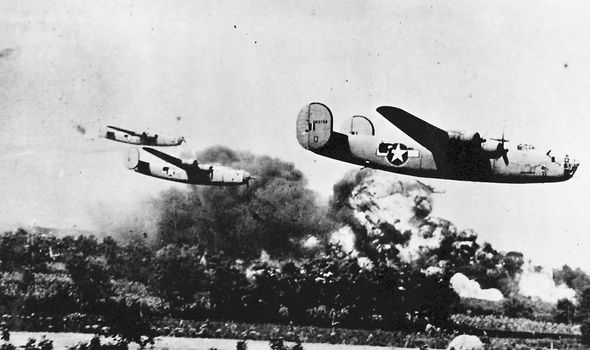 “Surviving bombers attempted to flee to the south by themselves or in small groups – all while being followed by Nazi fighters.

“Some of the planes crashed into Romanian fields or disappeared in the ocean, others were lucky enough to land in Allied bases around the area and some sought sanctuary in Turkey – a neutral region.

“Despite the heroism and determination of the American airmen who participated in the mission, Tidal Wave’s results were disappointing.

Operation Tidal Wave claimed the lives of over 300 men and an additional 108 soldiers were captured. 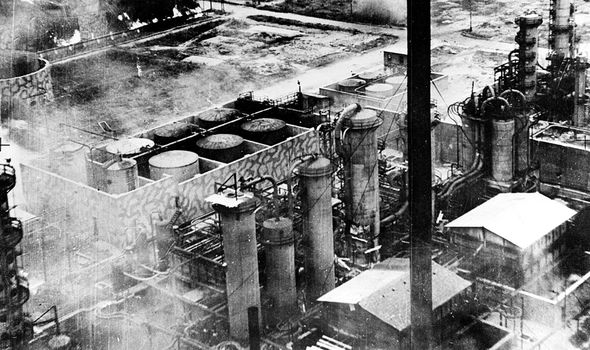 And while it temporarily hindered Hitler, it did not have the devastating impact the US hoped.

“Three out of the nine refineries that produced oil for the Germans lost 100 percent of their production, however, these losses were only temporary as the damage was quickly repaired.

“Within months, the refineries had even outstripped their previous capacity – The Allies most crucial target was back in production within a few months.

“The region continued to serve as Hitler’s gas station until the Soviet Union captured it in August of 1944.”

Had the mission been successful, it’s possible the war could have ended much sooner and millions of lives could have been saved.

Allied victory in North Africa had enabled an invasion of Italy to be launched – which would later see them surrender.

And oil was crucial.

According to historian Keith Miller, “without it, World War 2 could never have been won”.

Once processed or refined in various ways, oil became the source or indispensable material for laying runways, making bombs, manufacturing synthetic rubber for tires, and distilling into petrol for use in trucks, tanks, jeeps, and aeroplanes.

It was also used as a lubricant for guns and machinery.

Had Operation Tidal Wave been successful, the Allies would have taken the heart out of the German war machine and severely wounded Hitler.