The tensions between the US and Iran have intensified this morning amid shocking threats of an imminent Iranian attack on US soldiers. The US have responded to the secret intelligence reports by sending a carrier strike group and a bomber task force to the Middle East. US National Security Advisor John Bolton said the deployment of the USS Abraham Lincoln Carrier Strike Group to the US Central Command region was a response “to a number of troubling and escalatory indications and warnings”. 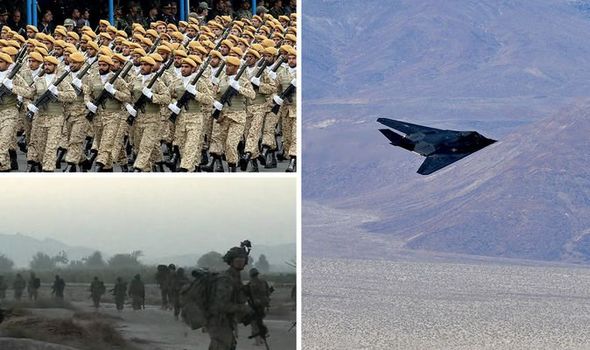 Mr Bolton continued: “The United States is not seeking war with the Iranian regime, but we are fully prepared to respond to any attack, whether by proxy, the Islamic Revolutionary Guard Corps or regular Iranian forces.”

According to CBS, US intelligence picked up reports between Iranian agents of an imminent attack on US forces in the Middle East, specifically in Iraq.

The threat, which only emerged in the last 24 hours, was allegedly targeting US troops at sea and on land.

The top aide to Donald Trump, who has led an increasingly hawkish US policy on Iran, did not provide any other details.

The United States is not seeking war with the Iranian regime, but we are fully prepared to respond to any attack

An anonymous US official said the forces “have been ordered to the region as a deterrence to what has been seen as potential preparations by Iranian forces and its proxies that may indicate possible attacks on US forces in the region”.

Speaking to Fox News last night, US Secretary of State Mike Pompeo claimed the deployments have been in the works for “a little while.”

The latest move comes in a series of other decisions made by the US to economically and politically isolate Iran.

In retaliation, Iranian President Hassan Rouhani said the US was the “leader of world terrorism”.

Earlier this week, the US eliminated waivers for some countries to buy Iranian oil and avoid US sanctions.

Al Jazeera’s Gabriel Elizondo said the move was an “unusual one”.

He explained: “What makes this different is Bolton putting out a statement specifying Iran. It’s almost a provocation.”