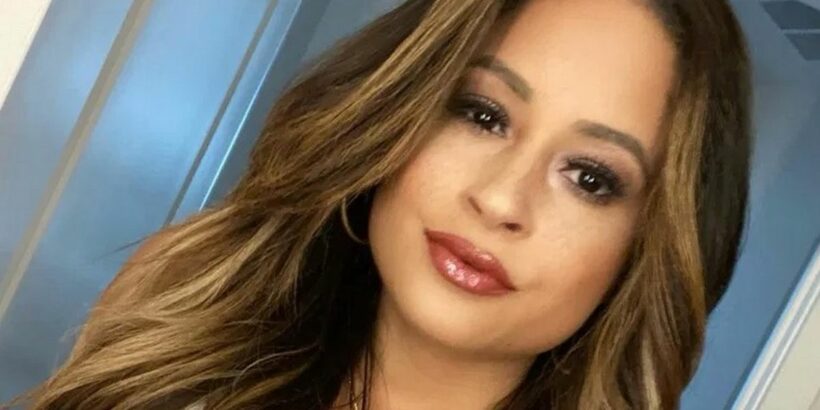 WWE beauty Kayla Braxton has deleted her Twitter account after trolls made "disgusting" Covid jokes about her after she contracted the deadly virus.

Braxton also received the agonising news on Tuesday, January 12 that a loved one had died after contracting coronavirus.

Before deactivating the account, Braxton wrote in her final tweet: "While I was at work tonight, I got a call that someone very close to me died of covid.

"And as I logged on to this platform tonight, I noticed multiple disgusting tweets tagging me to make jokes about me when I had the virus early this year. FU*K you.”

The 27-year-old, whose real name is Kayla Becker, has contracted coronavirus twice – once in March last year and later in June.

Braxton's decision came after the WWE announced on Monday that current world champion Drew McIntyre had tested positive for Covid-19 and will be self-isolating for two weeks.

Upon his diagnosis, McIntyre said: "I am one of the fortunate ones with no symptoms, but I assure you, Covid should not be taken lightly."

But following that announcement, trolls took to Twitter to tag the host in tasteless jokes claiming she was to blame for McIntyre's illness.

One user claimed, "This is Kayla Braxton's doing," while another tweeted, "Kayla Braxton fault I think".

This is not the first time Braxton has left Twitter.

She also received harassment on social media for warning people that you can get the virus twice after the backstage host tested positive for a second time.

Braxton holds exclusive backstage interviews for SmackDown having been part of WWE’s broadcasting team since December 2016.

Braxton now hosts WWE's The Bump every Wednesday having participated in public-speaking competitions during her teenage years.

Braxton has now become popular thanks to an array of saucy snaps on social media.

She regularly posts sizzling pictures on Instagram, where Braxton has amassed over 360k followers.

Bikini shots and adorable selfies are regularly seen with Braxton wowing her loyal followers with some incredible photos.

And she admits she wants to be an example to her fans having had a difficult childhood.

She told WWE.com : “When I was 9 years old, my mother went to prison and I entered into the foster care system.

“Prior to that transition, I lived a very difficult childhood. I was discouraged and put down.

“I don’t blame my mother because she did her best, but poor decisions led her to poor relationships with men, and they were the ones who were physically and emotionally abusive.

“I was told I would never be anything or anyone of significance. I began to believe that.

“I want to be an example to anyone I meet that it doesn’t matter where you come from or what negative things people have said to you; we are all on this earth for a reason.”