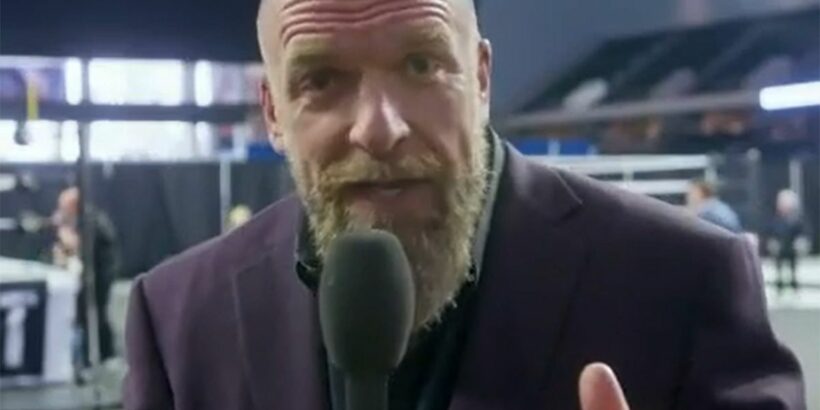 Legendary WWE wrestler Triple H appears to be back running the company's NXT brand and Performance Centre – just a few months after having to take a step back due to a near-fatal heart attack.

According to Post Wrestling's John Pollock, Triple H – whose real name is Paul Levesque – returned to the PC today to make the announcement to the roster.

Pollock tweeted: “According to multiple sources, Paul Levesque was in Orlando today and spoke at the Performance Center.

“Of the people I heard from, Levesque stated 'he's back'.

“It is unknown what that entails but that was the wording I was given.”

The return of Triple H comes just a few days after his wife Stephanie McMahon returned to the company to take the role of interim-CEO.

She was also named interim Chairwoman of the company whilst it deals with its internal investigation.

WWE stated that Vince McMahon had "voluntarily stepped back from his responsibilities as CEO and Chairman of the Board until the conclusion of the investigation."

Her return and subsequent new role comes amid allegations put to Vince McMahon over a £2.4million hush pact stemming from an alleged affair between Vince McMahon and a former WWE employee.

However, the statement also claimed that Mr McMahon would be retaining his role overseeing all of WWE's creative content – essentially, he was still writing Raw, Smackdown and NXT, with the latter being something he recently took over, according to sources.

Triple H now appears to be taking back his role as head of NXT and the PC, a role he stood down from due to his heart issues.

NXT was rebranded earlier this year – with all aspects of the show Triple H ran removed.

But he recently told The Atlantic: “(The change) happened at a period of time where I had to leave for a bit.

“Luckily, Shawn (Michaels) had been doing it with me all that time, so it was a seamless thing.

“I stepped out, did what I needed to do, but that team has killed it.

“They’ve really created a show where you can really say that’s the next generation of stars.”

To get more wrestling stories from Daily Star delivered straight to your inbox sign up to one of our free newsletters here.