Wynonna Judd learned quickly just how difficult the holiday season can be after losing a loved one.

The country singer, 58, opened up about the challenges she recently faced as the host of her family’s Thanksgiving dinner, and how the loss of her mother Naomi in April has forever changed the dynamic.

Judd said in a recent talk with David Kessler, grief specialist/expert and founder of grief.com, that she started preparing the feast well in advance, woke up the morning of and reminded herself to breathe.

“Of course, that [calm] lasted for all of 38 minutes, and then I went into panic,” she told Kessler. “Because I realized something, and that is that I’m now the matriarch. And I think the pressure of that alone was like, ‘Oh my gosh, my mom isn’t here this year. And I made her favorite foods, and I did it really well.'”

The “Love Can Build a Bridge” singer said she “numbed out” around the time the sun went down, but felt “relief” once her guests began to arrive. Still, she said that pressure “to sort of be all things to all people” began to eat at her, and she had to take a breather in the bathroom. 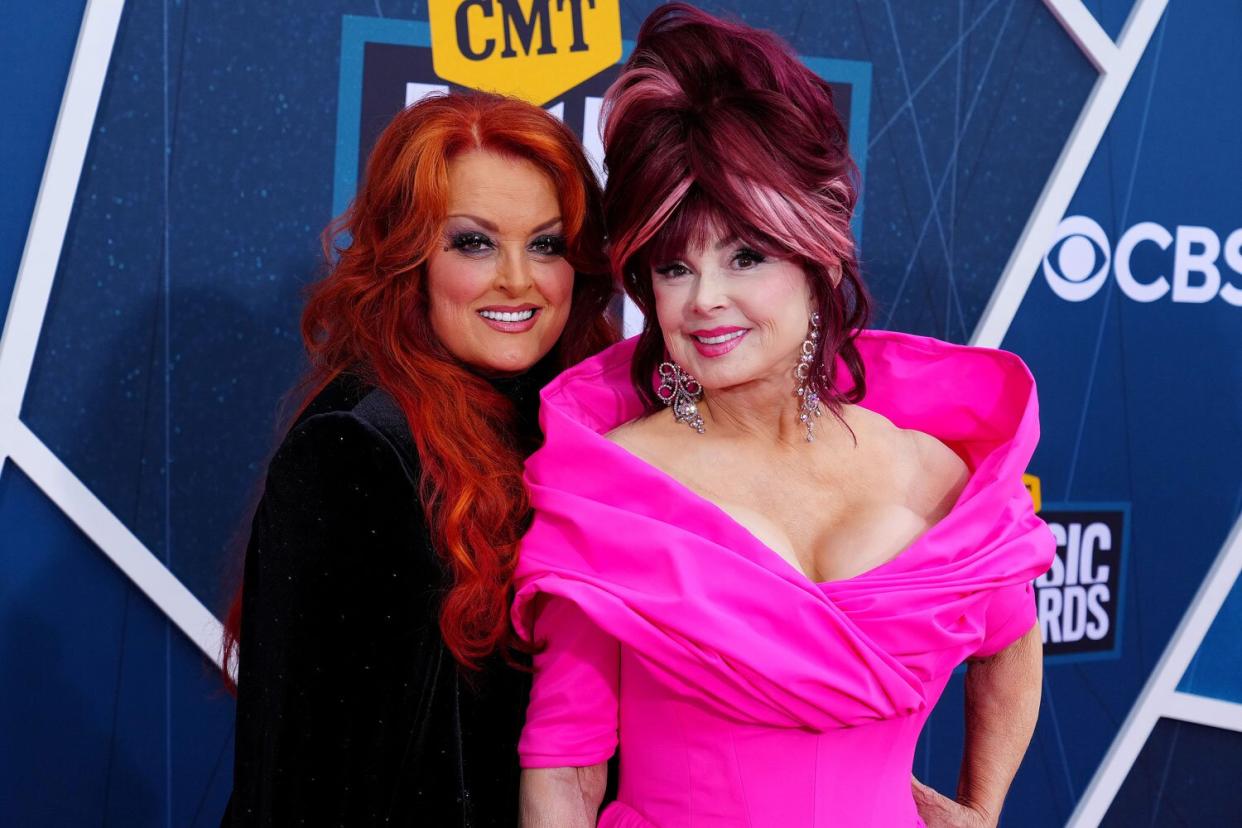 “I said, ‘Okay, you’re gonna have to stop this because this is your holiday as well,'” she said. “I think we forget that it’s our experience as well as being the hostess with the mostess.”

Judd, who recently added a number of dates to her The Judds: The Final Tour show, went on to reveal that her Thanksgiving dinner was actually held on an “alternative day” — and that the holiday itself “sucked.”

“I cried, and I cried, and I gave myself permission to do that,” she said. “Because everybody was like, ‘I hope your Thanksgiving was a blessed one.’… So for me, I did Thanksgiving on an alternative day, and that felt good to me because it allowed me to look at it more as a day instead of…a national holiday.”

RELATED: Wynonna Judd Thanks Fans for ‘Love and Support’ After Mom Naomi’s Death at the 2022 CMAs

Judd told Kessler that on actual Thanksgiving, she stayed cozied up in her pajamas and was “down for the count,” and later found herself reminiscing by looking through old scrapbooks as her frustration with her loss grew. 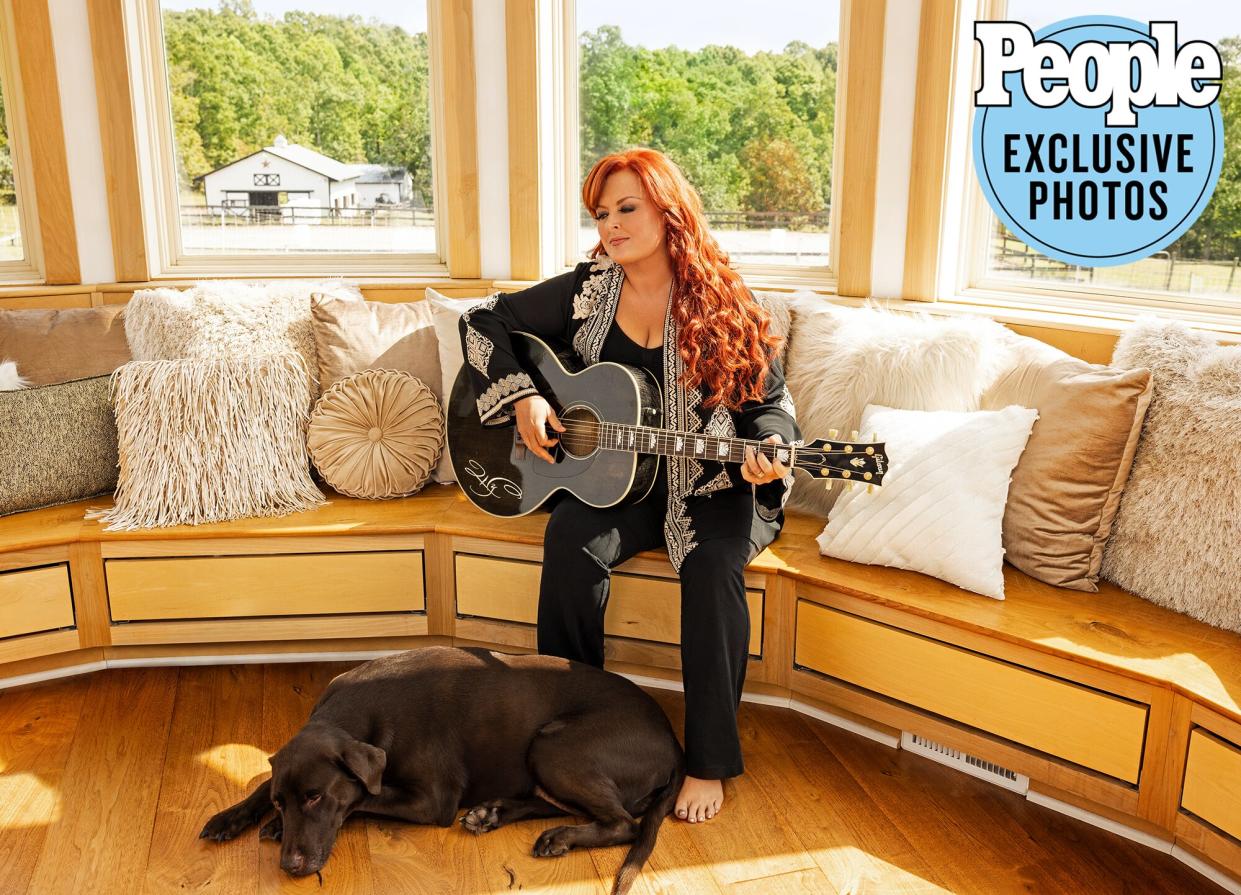 “My mom was so hell-bent on us wearing sweaters and matching everything. We all got our own salt and pepper shakers!” she said. “So my daughter-in-law went out and bought shakers for each person at the table… and we sort of did the whole, Naomi Judd, this is what she does. The rest of it was my doing, but we also wanted to remain traditional enough to say, ‘We’re passing it forward.'”

The Country Music Hall of Famer later said that with the holiday season just beginning, she’s still learning how to navigate being honest with her family about where she is in her grief journey. Judd said that, for example, she was recently invited to Naomi’s widower Larry Strickland’s Christmas party, but felt “selfish” about not wanting to go because she finds it “too painful.”

“It’s easier to [be transparent] with my fans than it is my family,” she told Kessler.

RELATED: Wynonna Judd Says Her Granddaughter ‘Gives Me Hope’ as She Mourns the Loss of Her Mom Naomi

Since losing Naomi, 76, to suicide, Judd and her sister Ashley have spoken at length about the ways in which they’re coping. In September, Judd opened up about her grief in a PEOPLE cover story.

“I’ll tell you what I know about death. In death, there is life. I feel both at the same time simultaneously,” she said at the time. “I feel joy and sorrow. I’m walking in paradox. I’m literally a walking contradiction. I feel joy. I feel pain. I feel light. I feel dark.”

If you or someone you know is considering suicide, please contact the 988 Suicide and Crisis Lifeline by dialing 988, text “STRENGTH” to the Crisis Text Line at 741741 or go to 988lifeline.org.