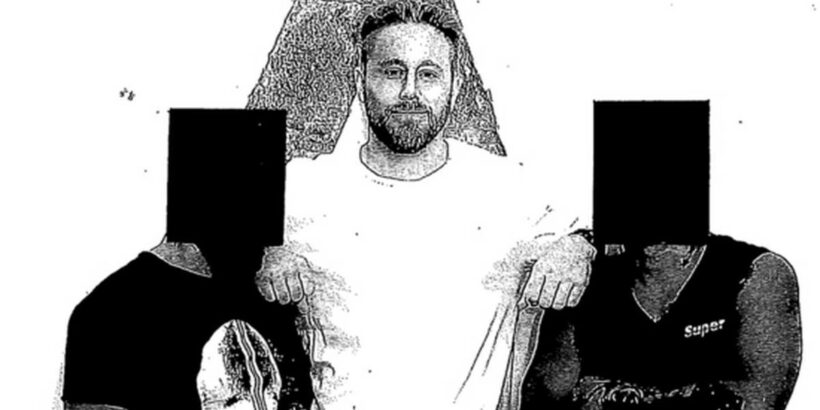 A High Court judge acknowledged today that Xavier Valent, who is in custody awaiting trial for allegations he operated an international drug syndicate, currently looks somewhat like a “hippy” and it could potentially affect his perception with jurors.

Valent appeared before Justice Ailsa Duffy via audio-video feed to argue that he should receive monthly visits from a hairdresser because his current “dishevelled image” – including hair past his shoulders and a long beard – is “contrary to his inherent personal dignity and self-determination”.

Justice Duffy said she will issue a reserved decision on the judicial review request at a later date.

Valent, also known as Harry Whitehead, told the judge his hair hasn’t been cut since he was extradited from Italy in 2020. Authorities at the high-security unit where he is being held – a special “prison within a prison” in Auckland that is also home to the Christchurch terrorist – offered him clippers but said he would have to cut his own hair.

Authorities later relented somewhat, saying he could also use scissors.

But what is really needed is a second person who knows how to use the clippers and scissors, Valent argued, pointing the judge to a photo taken after his last haircut, which he said was administered by an inmate at a Rome prison as he awaited extradition to New Zealand.

“I don’t agree with the fact I’m supposed to give myself a haircut with the scissors,” Valent said. “I don’t think anyone is able to do that … It’s absolutely impossible. I don’t know how I’m expected to do that – with two mirrors at the back of my head or something?”

Valent said it doesn’t matter if the person cutting his hair would be a professional or a skilled fellow inmate. He’d be willing to pay for the haircuts himself and would consent to being handcuffed to a chair to appease safety concerns, he said, adding that a visit from a professional barber wouldn’t be much different than inmates’ already-allowed interactions with physicians and physios.

“Ultimately, I just want to maintain the haircut I had when I arrived,” he said.

But Corrections lawyer Joshua Williams pointed out that Valent is in segregation due to the potential risk he could influence other prisoners, so having another inmate perform a haircut wasn’t allowed. It’s also a security risk to bring in a professional hairdresser of his choosing, who Valent could potentially pass messages to, Williams said.

If an outside professional of the prison’s choosing was allowed to visit the prisoner, Williams said, then all other inmates would “reasonably expect the same”, which could have “a significant impact on prison resources and operation”.

The defendant hasn’t been outright denied a haircut, Williams pointed out. Instead, he told the judge, Valent’s situation simply means he can’t “have a particular haircut of his choice”.

There are 15 prisons in New Zealand where access to clippers is the only means of cutting hair, with three other prisons providing scissors under limited circumstances.

Valent was set to go to trial late last year on charges of importing Class A and Class B drugs, as well as possession of those drugs for supply, but the trial has been postponed until February next year as a result of Auckland’s months-long Covid-19 lockdown.

Police allege he was a key player in a drug syndicate that imported more than 1000kg of methamphetamine, cocaine, MDMA and ephedrine into New Zealand over a three-year period. He denies the allegations.

Looking at the photo of Valent’s previous trim before arriving in New Zealand, Justice Duffy acknowledged a similar cut would allow him to “appear as a very respectable, presentable person” before a jury.

“Your current appearance could be described as a hippy from the seventies,” she said, adding that she meant no disrespect by the comment but noting that “there are some people that would still look askance at that” hairstyle.

Valent could perhaps trim his hair short with clippers and let it grow out for several weeks if he didn’t want to look like a “skinhead” at trial, she suggested at one point during the two-hour hearing. With his trial not for another year, there’s plenty of time to experiment and see if the solution is workable, she added.

During Auckland’s extended Covid lockdown, plenty of people were able to get by with self-administered haircuts, even if the results weren’t always perfect, the judge said.

“The thing is it’s not suitable for me and my self-respect,” Valent responded, adding that what he wants is clipper-cut sides and a short scissor-cut up top.

“I’m not willing to do that,” he said of the judge’s clippers suggestion. “It doesn’t sit right with me.”

A person’s right to look presentable before a jury is an important issue, but the request has to be balanced with Corrections’ concerns, the judge said.

Justice Duffy did not indicate when she will issue her reserved decision.