The pair will seek to strike a deal to revitalise Malaysian co-operation with China, its largest trading partner, despite Mahathir's government suspending three major Belt and Road projects since he took office in May. 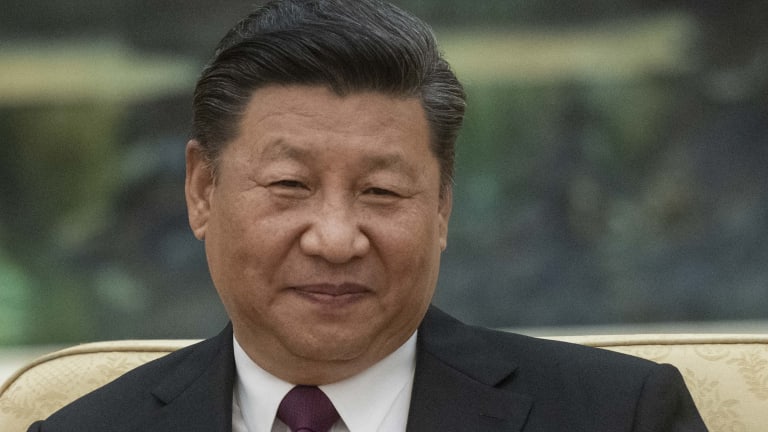 Mahathir, 93, has publicly criticised the Chinese-backed deals he sees as unfavourable to Malaysia in a way few other south-east Asian leaders dependent on trade with China have been prepared to.

Chinese infrastructure projects signed by his predecessor Najib Razak, but put on hold by Mahathir, include the $US20 billion East Coast Rail Link, and two gas pipelines.

Mahathir said a week ago the gas pipelines aren't viable and he wanted to drop the projects, which will cost Malaysia around $1 billion a piece but are yet to be started.

He has previously said Chinese infrastructure contracts, which borrow "huge sums of money from China", rely on Chinese workers and imported Chinese materials, do not benefit Malaysia.

He is also expected to ask about the fugitive financier Jho Low, wanted by Malaysian investigators for his suspected involvement in the 1Malaysia Development Berhad scandal, for which Najib has been charged with corruption. Mr Low is believed to be hiding in China. 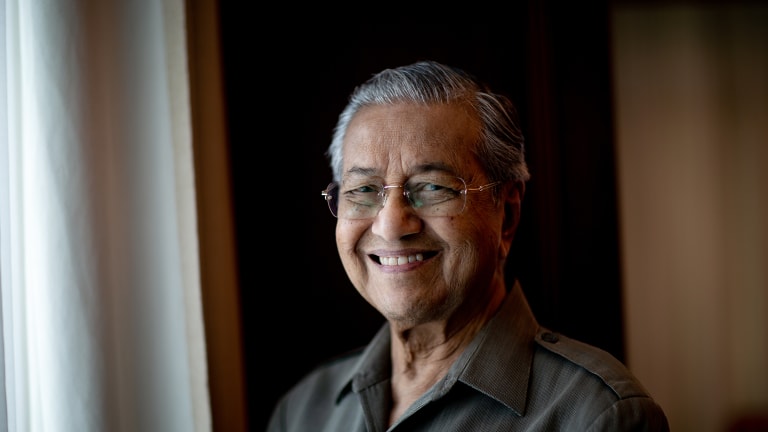 Not afraid to speak his mind: Mahathir Mohamad.

Malaysia's ambassador to China, Datuk Zainuddin, said Malaysia's plan to cancel the projects awarded to Chinese firms would be discussed by Mahathir in meetings with the Chinese leaders Xi and premier Li Keqiang on Monday, the Malaysian Star newspaper reported.

Analysts are watching to see if a compromise deal can be struck.

Mahathir was previously Malaysian leader for two decades between 1981 and 2003, and has made 16 trips to China.

In an indication that he is not in-principal opposed to the Belt and Road Initiative, Mahathir claimed in an earlier interview with the South China Morning Post it was his own idea to revitalise the old Silk Road. Mahathir said he wrote to Xi proposing China build a super train to cross from China to Europe to replace the increasing number of tankers plying the oceans, and his letter predated Xi's announcement of the Belt and Road.

In an interview with the Chinese state news agency Xinhua before his arrival in China, Mahathir said Malaysia wanted "close relations" with China, and needed foreign investment in technology and manufacturing to create jobs for Malaysian university graduates.

The South China Morning Post, which is owned by Ma, reported that Mahathir asked whether Alibaba's digital payment system could be used at the border to tell whether Chinese tourists had sufficient money to cover their travel in Malaysia.

Ma replied that Alibaba could give Malaysian customs officers access to the personal online credit scores of the Chinese travellers.

The Malaysian leader also toured the Geely car manufacturing plant, where it was announced a joint venture factory would be set up in China to build Proton-designed green cars for sale to the Chinese market. Geely owns 49.9 per cent of Malaysian car maker Proton.

Mahathir said he hoped the Chinese tie-up would improve the quality of Proton cars, which can't be sold in Europe because they don't meet Euro 5 emission standards. Australia also requires Euro 5 standards for new cars.

Chinese financial newspaper Caixin wrote that Mahathir had unnerved Beijing, and a $US100 billion real estate project being developed by Chinese property giant Country Garden was also under review because Mahathir said it was targeted at wealthy foreigners and would lead to an influx of migrants.

He has also called for a reduction in tensions in the South China Sea, and said he doesn't want the presence of "warships", only smaller boats that could patrol for pirates.