Shanghai: Chinese President Xi Jinping has delivered a riposte to US President Donald Trump in a keynote speech in Shanghai, saying countries “should not just point fingers at others to gloss over their own problems”, and declaring China is here to stay.

While not naming Mr Trump, who has fired off numerous Tweets about Xi amid a multi-billion dollar trade war, the Chinese president said countries need to improve their business environments by addressing their problems. 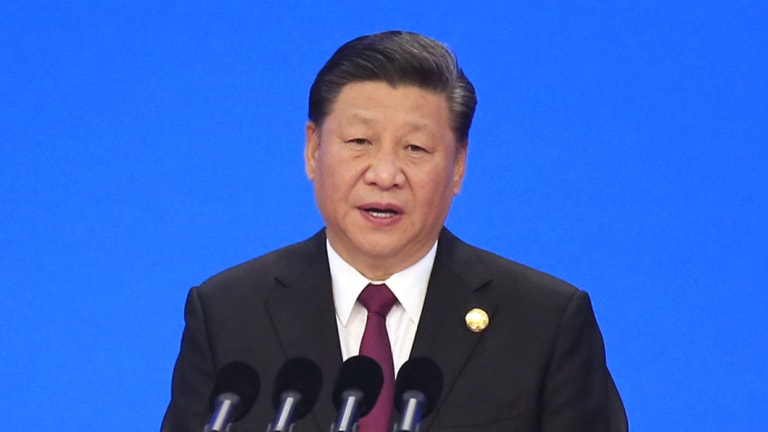 “They should not hold a flashlight in hand, doing nothing but checking out the weakness of others and not their own,” he continued.

China’s International Import Expo, which opened on Monday, is being pitched by Beijing as a concrete action to increase foreign imports. It has ben described by Chinese media as a matchmaking fair for foreign companies to find Chinese customers.

In his keynote speech, Mr Xi portrayed China as a champion of openness and free trade.

Mr Birmingham’s attendance at the expo, where he met with Chinese commerce minister Zhong Shan, has marked a thaw in Australia’s relations with China after a year-long freeze on official visits.

Analysts have noted Beijing's willingness to repair ties with Australia, after a dispute over the Turnbull Government's handling of foreign interference legislation, coincides with the US pressuring its allies to take sides in the worsening trade war.

Mr Xi gave no new concessions to the United States in his speech, other than to say China would continue to reform and open access for foreign companies to its markets, and pledge a crackdown on intellection property violations against foreign companies.

“We will enhance the credibility and efficiency of intellectual property examination and put in place a punitive compensation system to significantly raise the cost for offenders,” he said.

China would expand its free trade zones in Shanghai and Hainan. He highlighted a measure to boost Chinese technology companies – a particular target of the White House in the trade war – by setting up a technology board on the Shanghai stock exchange.

Free trade and multilateralism was under threat amid profound shifts in the international landscape, he said, and warned that countries that retreated to seclusion would find economic stagnation.

Mr Xi also highlighted new multilateral trading deals China was pressing to conclude – including the Regional Comprehensive Economic Partnership of which Australia is a negotiating partner, an investment agreement with the EU, and a free trade area with Japan and South Korea.

Mr Xi told an audience of heads of state, trade ministers and executives from 172 countries that despite the significant challenges facing some sectors of the Chinese economy – a reference to the global instability caused by the United States and China’s tit-for-tat punitive tariffs – the Chinese economy was stable.

Slowing GDP growth in China of 6.5 per cent had met Beijing’s targets, he said, and the world had “every reason to be confident” in the future of the Chinese economy.

“After going through 5000 years of trials and tribulations China is still here. Looking ahead, China will always be here to stay.”

Mr Birmingham said after the speech Mr Xi’s comments on improving market access for foreign companies in education and health could provide opportunity for Australian companies.

“I was also pleased to hear his commitment to improving the system of intellectual property protection and enforcement in China. This has been a persistent irritation for foreign companies, including Australian companies over many years,” he said.