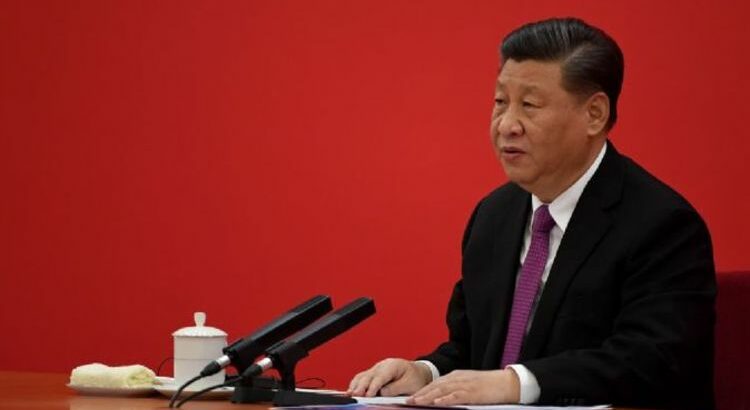 The crackdown comes amid a furious backlash from President Xi’s inner sanctum against major cultural influences in China – as he attempts to shutdown any aspect of Chinese society. He fears such influence has “evil values”.

The dark move comes as the country’s tv regulator ordered a total ban of “effeminate” men on their networks using the offensive term “sissy boys” in an official announcement to the nation of the plans.

Speaking to Sky News on Sunday, China-based LGBT+ rights activist Lu Ruihai said the move from the Chinese Communist Party signals a terrifying turn into an unknown world for the LGBT community.

They said: “Many people use ‘sissy boys’ as an aggressive and derogatory word to label people who are not heterosexual.

“Or do not have the typical and traditional sex relations.

“And I think the policy negatively affects the young LGBT people who haven’t come out yet.”

The fresh crackdown comes amid a raft of purges across Chinese society which has seen film stars berated by the government for promoting what they call “fake and ugly” values.

While some actors have been bizarrely wiped from Chinese internet without explanation.

On top of this, the Government has also introduced measures to curb “chaotic” online fan culture.

While Karaoke songs that “endanger national unity” or advocate “obscenity” have been slammed onto a sinister blacklist by Chinese authorities.

The purges have also resulted in new draconian rules for online gamers.

Children under the age of 18 will now only be allowed to play computer games for an hour on Fridays, weekends and holidays between 8pm-9pm.

When a young person plays an online game, a message appears on the screen issuing a warning to the user.

It reads: “Dear players… Minors can only play online games between 8-9pm on Fridays, weekends and national festivals and holidays. Please arrange your playing time and have a rest.”

President Xi’s premiership has been marred by numerous efforts to restrict expression within China and abroad as he pursues an aggressive foreign and domestic policy and diplomacy programme which have included a takeover of Hong Kong’s previously independent political system – as well as a lethal crackdown on Uyghur Muslims in the west of the counrty which observers have deemed genocide.

Xi Jinping has been President of China since 2013 and recently removed the two-term limit of Chinese premiers which means he could remain in power indefinitely.