The New York Yankees are reportedly trading outfielder Joey Gallo to the Los Angeles Dodgers, mercifully ending a Bronx experiment gone woefully wrong. Gallo, who joined the Yankees at the 2021 trade deadline, will try to start over with the Dodgers. Across 140 games with the Yankees, he batted .159/.291/.368 and struck out 194 times.

The deal was first reported by Pat Ragazzo, who says pitching prospect Clayton Beeter will be headed to the Yankees. The deal is pending physicals.

Gallo’s exit was all but sealed with the Yankees dealt for Andrew Benintendi — an outfielder whose contact ability represents the polar opposite of Gallo’s profile — in July. His struggles in New York followed several successful years with the Texas Rangers. While always boasting an extreme game that relied on walks and homers, Gallo was a very productive player from 2017 until the trade last year. Over that span, he racked up 138 homers while slashing .214/.340/.507, which was 20 percent better than the league average hitter by the park-adjusted wRC+ metric. 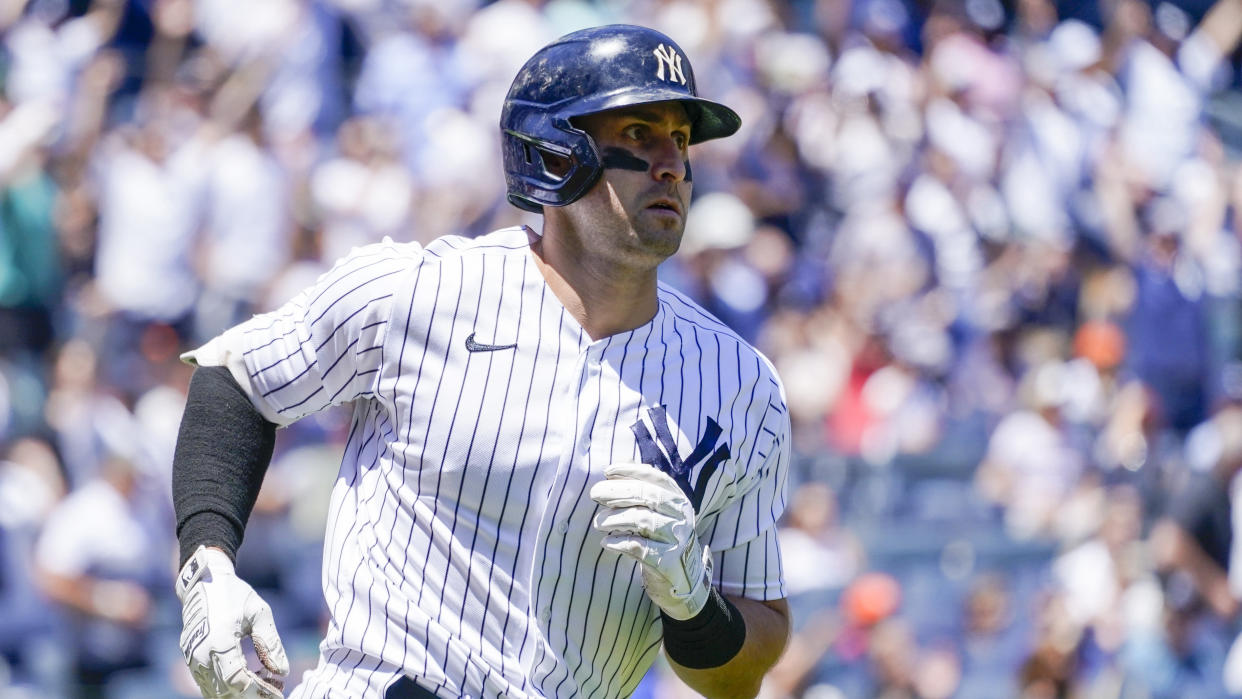 If the Dodgers can help him rediscover that form, he will add yet another left-handed power threat to a terrifying lineup.

His up and down career is not dissimilar to Dodgers center fielder Cody Bellinger, who reached MVP heights in 2019 but has struggled mightily over the last two years. Bellinger has maintained his grip on a lineup spot through excellent defense, but has been an even worse hitter than Gallo.