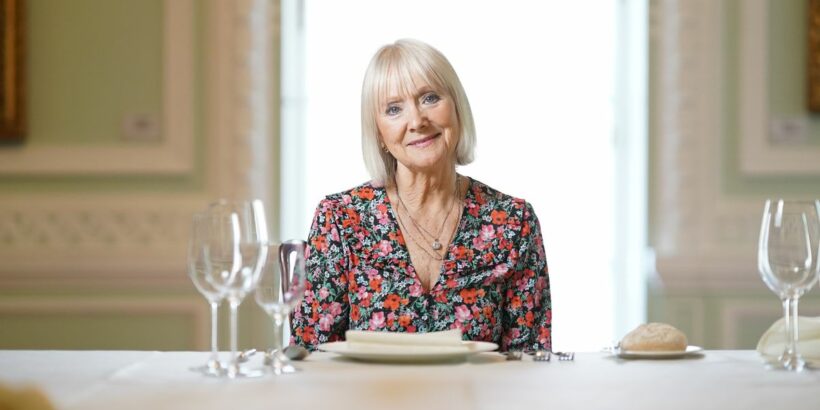 Young adults lack knowledge about traditional dinner party rules such as which direction to pass food, if a particular knife is for fish or steak and if they’re allowed to go to the toilet during a meal.

A poll of 2,000 adults under 30 found almost one in five have never attended a dinner that they would consider 'fancy'.

Other rules younger generations are unfamiliar with include what to do with your napkin after eating, how many bread rolls are polite to eat and which glass is for what drink.

Nearly half will be celebrating The Queen’s Platinum Jubilee – and in the lead up to the celebrations, six in 10 believe those over 60 could teach them a thing or two about how to behave at a formal event.

The research was commissioned by Specsavers Home Visits with u3a as part of its #GenerationWOW campaign which highlights the knowledge and skills that older people have attained through a lifetime of experience – https://www.specsavers.co.uk/home-eye-tests/generation-wow.

Clinical director Dawn Roberts said: “The research has shown there’s a clear knowledge gap when it comes to etiquette and younger adults.

“However, what’s clear from this and our previous research is that many over-60s would love to pass on their knowledge and understanding around things like dinner party etiquette to the younger generation.”

More than a quarter of younger adults have tried to host a formal spread of their own.

And best efforts include 45 per cent putting more cutlery on the table, 44 per cent trying their hand at table dressing and 37 per cent insisting that their guests respected manners at the dinner table.

Unfortunately, 57 per cent of young adults have experienced someone pointing out they’re doing something wrong at a formal occasion, with 22 per cent saying this has happened to them multiple times.

As a result, six in 10 have resorted to Googling formal etiquette at the dinner table, while others copy everything the person next to them is doing or rely on a partner to tell them what to do.

Young women worry about which cutlery should be used for which course and men stress about what to do with their knife and fork when they’ve finished their meal.

Despite their efforts to learn, 73 per cent of those polled via OnePoll believe etiquette and good manners are dying out.

Within the video, Diana reveals how you should work your way from the outside in with cutlery and how bread rolls should actually be broken by hand rather than cut with a knife.

Diana said: “Things like etiquette can seem quite intimidating, but what better time than The Queen’s Platinum Jubilee to learn a bit about it and enjoy more formal celebrations.

“It’s sad to hear that younger people believe that etiquette is waning, as actually it is as relevant today as it has always been. Being able to hold your own at a formal event can be crucial to career success, as well as to being able to enjoy weddings and dinner parties.

“I hope my tips will help a little, but there’s really no substitute for talking to an older friend or relative if you need some more advice – and maybe you could even invite them to dinner to say thank you!”

TOP 30 MOST ETIQUETTE CONFUSIONS ACCORDING TO ADULTS UNDER 30