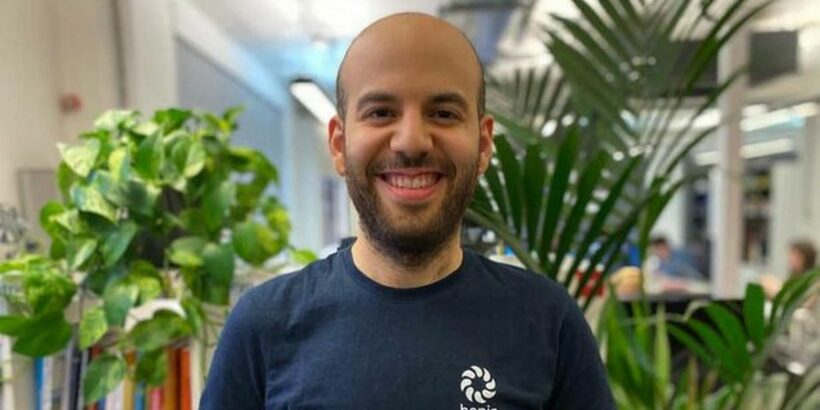 The country’s youngest billionaire has pocketed another £100million from an app he created in his girlfriend's bedroom.

Johnny Boufarhat raised funding to launch the video conferencing app Hopin in March 2020 after Britain went into its first lockdown and office staff were forced to work from home.

The Manchester University graduate said the idea came about two years prior to the Covid-19 pandemic – although he was unable to secure any money to take it off the ground.

It began from his girlfriend's bedroom in King's Cross, London, in 2018, when he was coding the Zoom-style programme, which allows conferences to be live-streamed over the internet, enabling staff to network remotely and communicate via video calls.

After a year of running the business, its user-base has rocketed to over five million, giving it a value of £4.1billion with American Express and Hewlett-Packard among clients.

The company’s soaring value has left Boufarhat with a net worth of £1.5billion, placing him in 113th place in the Sunday Times Rich List in 2021.

At the time, Boufarhat said: "I'm very, very work-focused. I just want to be as impactful as I can, in a positive way for the world… I'm boring – I don't drink, I don't do anything like that.

For more stories from the Daily Star, make sure you sign up for one of our newsletters here.

"I make sure all my food is organic. That's the biggest change I've made. I'm very, very work-focused."

But now, Johnny has bagged £100m more from the product after he sold part of his stake in the company. In August 2021 it was revealed that the company had raised £335m in Series D funding co-led by investors and Hopin planned to use the money to accelerate growth to further scale the platform.

The funds were to be invested in the development of its multi-product platform technologies, including building new product suites.

At the time, Boufarhat said: "Hopin started with the goal of giving people more options for meaningful connection. We continue to up-level with the priority to become accessible to all and offer the optimal solution to seamlessly connect people to experiences for live events and beyond.

"Hopin plans to be wherever important conversations and connections happen. We are grateful for the ongoing support and confidence of our investors to actualise this."