So-called wet markets that trade in cat and dog meat are already controversial but this year coronavirus, which is believed to have began in Wuhan’s wet market, has added an extra level of fury. Experts believe wet market conditions make it easier for the deadly pathogens of the coronavirus family to jump from animal meat to humans. The ten-day event will see as many as 15,000 dogs are tortured, killed, and cooked at the Yulin Lychee and Dog Meat Festival.

Merchants from all over China travel to the northern city of Yulin to sell dogs and cats for the meat market.

The animals are transported live in cramped cages.

The festival is not an ingrained cultural event as it only began in 2009.

But since then countless video footage have flooded the internet showing rows of dogs strung up alive, waiting to be blowtorched. 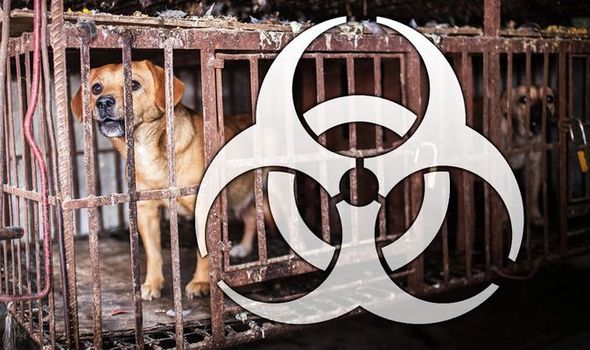 The market for cat-meat for human consumption in China is estimated to be worth £4m.

The dog-meat market is even more lucrative with an annual turn around of an estimated £10m.

On Friday the Humane Society International stated its activists in China observed, “rows and rows of dog carcasses lying on tables or being butchered with cleavers, all in defiance of a Chinese Ministry of Agriculture statement last month that dogs are not meant for human consumption”.

However, the society did report there was “less activity this year than usual”. 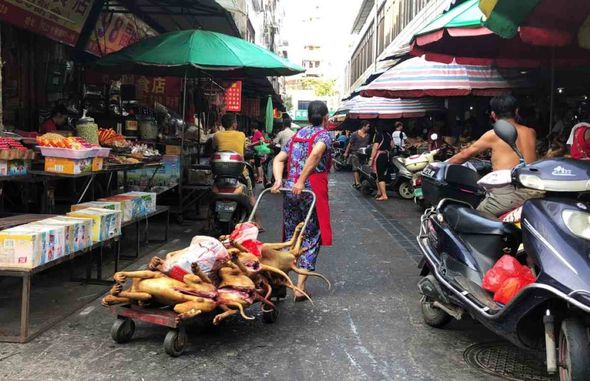 This could be due to the renewed lockdown restrictions imposed by Beijing.

Speaking to the Independent Claire Bass, UK director of Humane Society International, HSI, said: “Yulin is one relatively small example of a much larger, uglier issue that thousands of dedicated Chinese activists are working to stop.

“Contrary to the assumptions by many in the West, most people in China don’t eat dogs and in fact, they are horrified at the thought of a trade that takes their canine companions away from them.”

An online petition to stop the trade has been signed by 1.5 million people

Sending her support actress Dame Judi Dench said: “It fills me with sadness to think that the Yulin dog meat festival is just around the corner again. 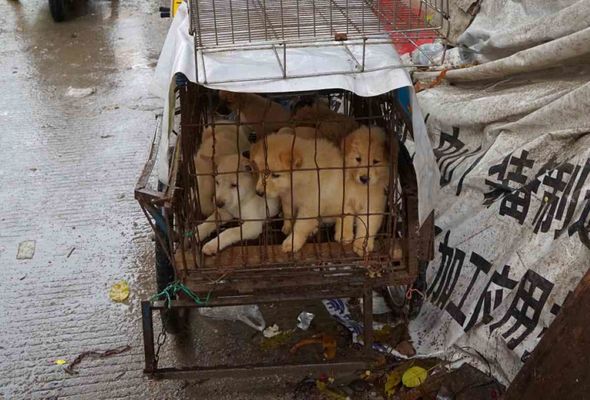 “So I wanted to send this message as a symbol of my solidarity with all the thousands of people in China against the dog meat trade, who love their dogs and cats just as much as we do, but who go through the awful heartache of having them stolen by dog thieves.”

The culture of eating dog and cat meat is not just confined to China.