Rally was called by opposition Movement for Democratic Change as it looks to rally support against President Mnangagwa. 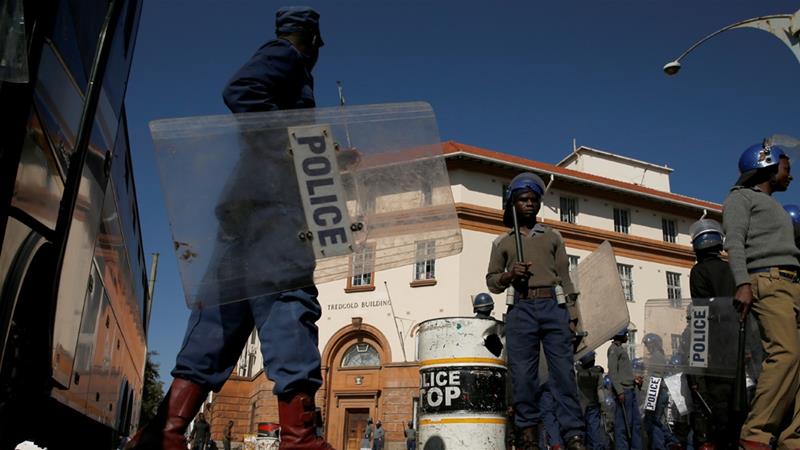 Troops and police have been deployed in Zimbabwe’s second city of Bulawayo in a bid to deter an unsanctioned opposition march, three days after the violent dispersal of another banned protest in the capital, Harare.

On Monday, soldiers and armed police on horseback and in trucks patrolled Bulawayo’s central business district and other highly-populated parts of the city.

The march was called by the Movement for Democratic Change (MDC), Zimbabwe’s main opposition party, as it looks to rally support nationwide against President Emmerson Mnangagwa’s government, which it accuses of overseeing a worsening economic crisis and a climate of repression.

Tredgold Magistrates Court, one of Bulawayo’s usually busy areas where illegal Forex changers ply their trade, was cordoned off.

Police also set up checkpoints on most roads leading to the city centre.

The government banned the event on Sunday. On Monday, a magistrates court upheld the ban, when the demonstration had been due to end.

“The move by the government to ban the demonstration shows they are running scared,” Mbuso Fuzwayo, of the rights pressure group Ibhetshu Likazulu, told AFP news agency as military helicopters hovered over the city, an opposition stronghold.

“They don’t have confidence in themselves. This is like Rhodesia. This is primitive,” he said, referring to the British colonial rule era.

Bulawayo has a population of 653,337 residents according to a local census that took place in 2012.

The protesters are angry over the country’s floundering economy and the jailing of a well-known government critic, Chief Felix Ndiweni.

The chief, who is well respected in the western region of Matabeleland, was jailed last week for 18 months for allegedly destroying a villager’s property.

The authorities banned the protest after police routed protesters who had defied a similar order in Harare on Friday, firing tear gas and beating several demonstrators who had gathered in a square.

Those protests were the first since Mnangagwa’s decision to double fuel prices sparked nationwide demonstrations in January that were crushed by police and resulting in the death of at least 17 people. 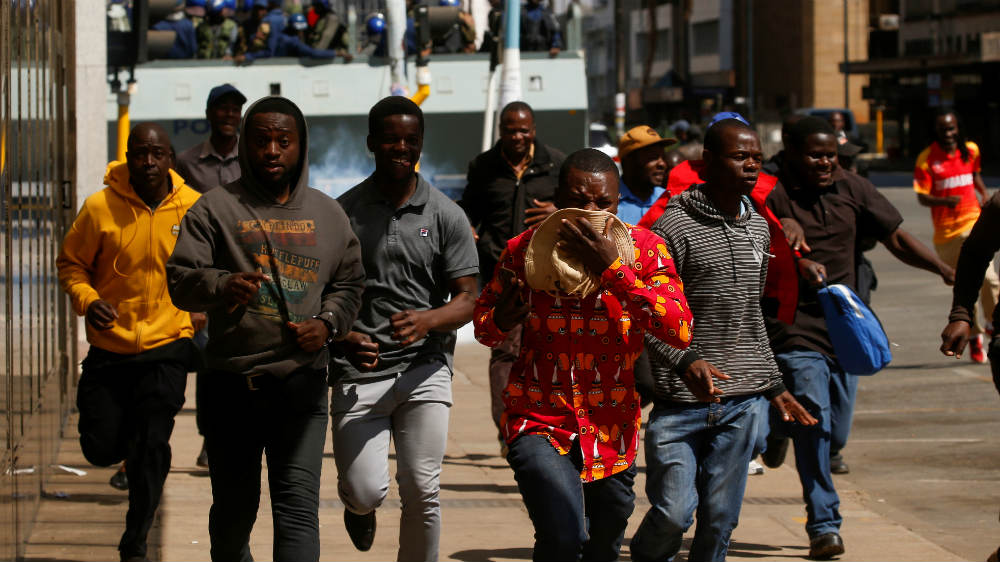 Mnangagwa, who took over after a military coup in November 2017 overthrew longtime ruler Robert Mugabe, won disputed elections in July last year on a platform of change.

Mnangagwa won 50.8 percent of votes while Nelson Chamisa, of the opposition MDC, came in second, at 44.3 percent.

But many Zimbabweans say the economy has gone from bad to worse amid surging inflation and shortages of bread, fuel, medicines and other basics.

According to the United Nations, some 2.3 million people in rural Zimbabwe are on the cusp of “starvation”, with another 2.2 million in urban areas also requiring food aid.

“We are deeply concerned by the socioeconomic crisis that continues to unfold in Zimbabwe,” UN Human Rights spokesman Rupert Colville said in Geneva on Friday.

“We urge the government to find ways to engage with protesters, and to refrain from the use of violence.”