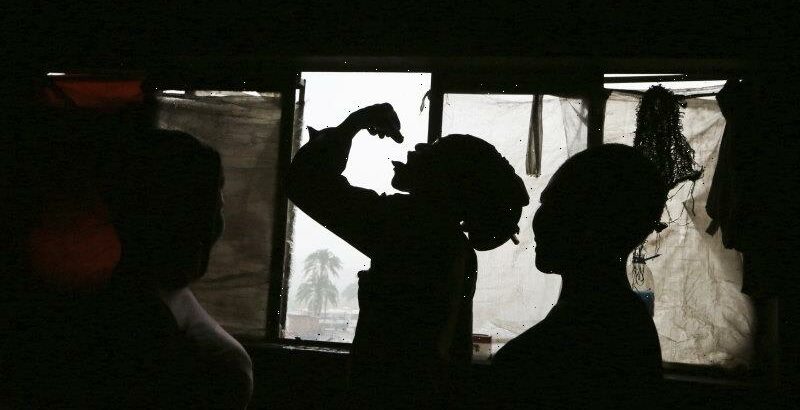 Nairobi: Desperate Zimbabweans are boiling used nappies to get high in a new drug craze as the country struggles to recover from its latest economic crisis.

“They scrape [the nappies clean] and then boil them [with a small amount of water] and a thickish white stuff emerges, and this is then put into the bottom of jars and sold,” one user said in the Epworth suburb, a squalid settlement on the outskirts of the capital Harare. 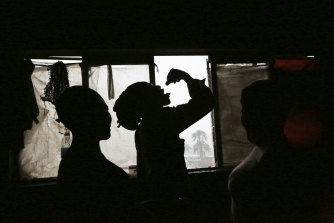 A man takes cough medicine, used as a drug, in Harare, where drug abuse brought on by the economic crisis is rampant.Credit:AP

Drug users said that the sodium polyacrylate – the absorbent part of a nappy – got them high enough to carry on with their grim daily lives.

Mirriam, a 23-year-old single mother, said that she took the nappy mixture to give her the courage to do sex work.

“I only take a little so as to give me courage to do my work, because it’s not easy to sleep with anyone anytime, especially strangers, but I don’t have a choice because the father of my child ran away to South Africa and my parents chased me from home,” she said.

Zimbabwe’s economy has not fully recovered from the economic turmoil caused when then president Robert Mugabe seized about 90 per cent of the white-owned farms in the early 2000s. 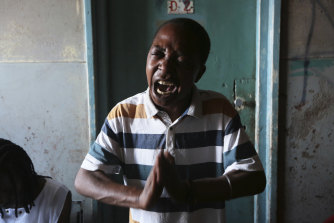 A drug user desperate for recovery is seen praying while attending a support group session at a block of flats in Mbare, Harare.Credit:AP

Since Mugabe’s 37 years in power ended with a coup nearly five years ago, the economy has staggered from one crisis to another, with inflation hitting more than 700 per cent in August 2020.

While things have begun to pick up in recent months as commodity prices surge due to the war in Ukraine and tourists begin to trickle back after the pandemic, high levels of unemployment leaves millions locked in poverty and hunger.

The lack of social safety nets has led to people working out cheap ways of getting high.

The mixture – known on the street as “mutoriro”, meaning “drunk to the last degree” – is far less expensive than even the cheapest drugs on the market. According to reports, security forces are on high alert for an eventual outbreak of civil disobedience as the economic crisis in the country worsens.

“They know that there is a realistic likelihood of an uprising and every effort is being made to thwart it,” a source told New Zimbabwe, a national news site.

Another source claimed that Emmerson Mnangagwa, the country’s president, has laced his recent speeches with threats against a potential uprising. In one, Mr Mnangagwa said: “If you protest, we will arrest you. Make money.”

Isaac, 25, said that most people cannot afford similar hits like “bronclear”, a mixture of cough syrup, alcohol and cannabis.

He added: “[The nappy mixture] gives me a lot of strength when I am doing my job. I work as a part-time gardener for several homes and I earn US$5 per day, which is not enough to care for my daughter and feed us.”