Zimbabwe’s finance minister seems to be taking a literal approach to cleaning up the country’s politics – by cutting the ribbon on a new set of bins.

Patrick Chinamasa was in Rusape, around 100 miles south of the captial Harare, at the weekend when he carried out the ceremony.

The bizarre stunt comes ahead of the first elections to take place in the African nation since dictator Robert Mugabe was forced from power. 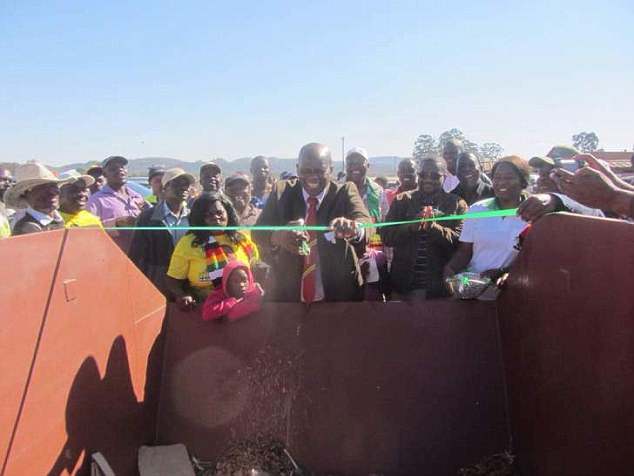 Patrick Chinamasa, Zimbabwe’s finance minister, took part in a bizarre ribbon cutting ceremony for some rubbish bins at the weekend

Mr Chinamasa was pictured smiling with locals and alongside government officials as he cut a large ribbon tied around a skip.

The images quickly began circulating on social media where he was accused of wasting government money and time to attend the event.

But Mr Chinamasa was in town anyway to attend the opening of a new sports complex, according to local newspaper Zimeye.

Other images showed him cutting another ribbon attached to a set of chain-link gates, and standing next to a sign which reads ‘Vengere Multi-Purpose Sports Court.’

Supporters of Mr Chinamasa, who is part of the ruling Zanu PF party, said it is important for him to get out among voters ahead of the election, which is due to take place on July 30. 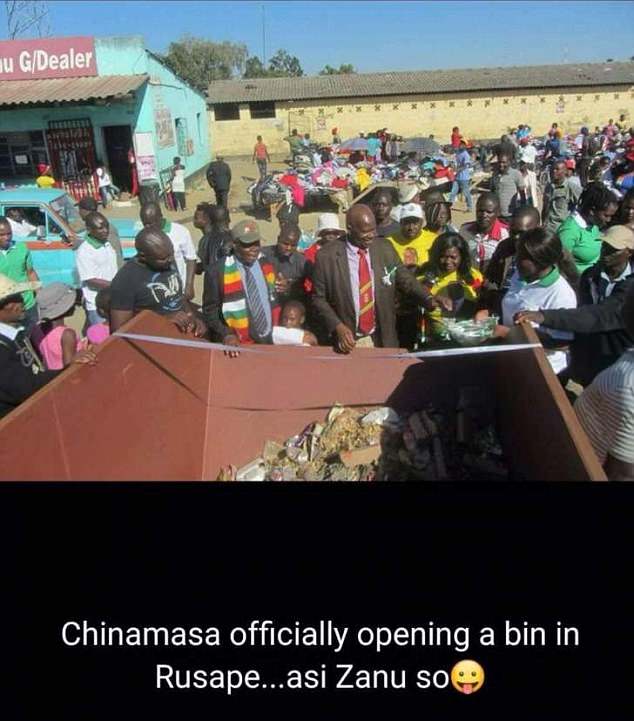 The election was called by President Emmerson Mnangagwa who replaced Mugabe in November last year when the ageing leader was forced to resign after almost four decades in power.

While voting conditions inside the country appear to have improved compared to previous years, the opposition MDC party has complained of unfairness.

Party officials say they have concerns over the electoral roll, the ballot papers, a biased election commission and intimidation of voters in rural areas.

They also complain about bias in the dominant state-run media.