JOHANNESBURG (Reuters) – Long known for singing and dancing at political rallies, former president Jacob Zuma has now been chosen as the voice of anti-apartheid liberation songs in a South African history project. 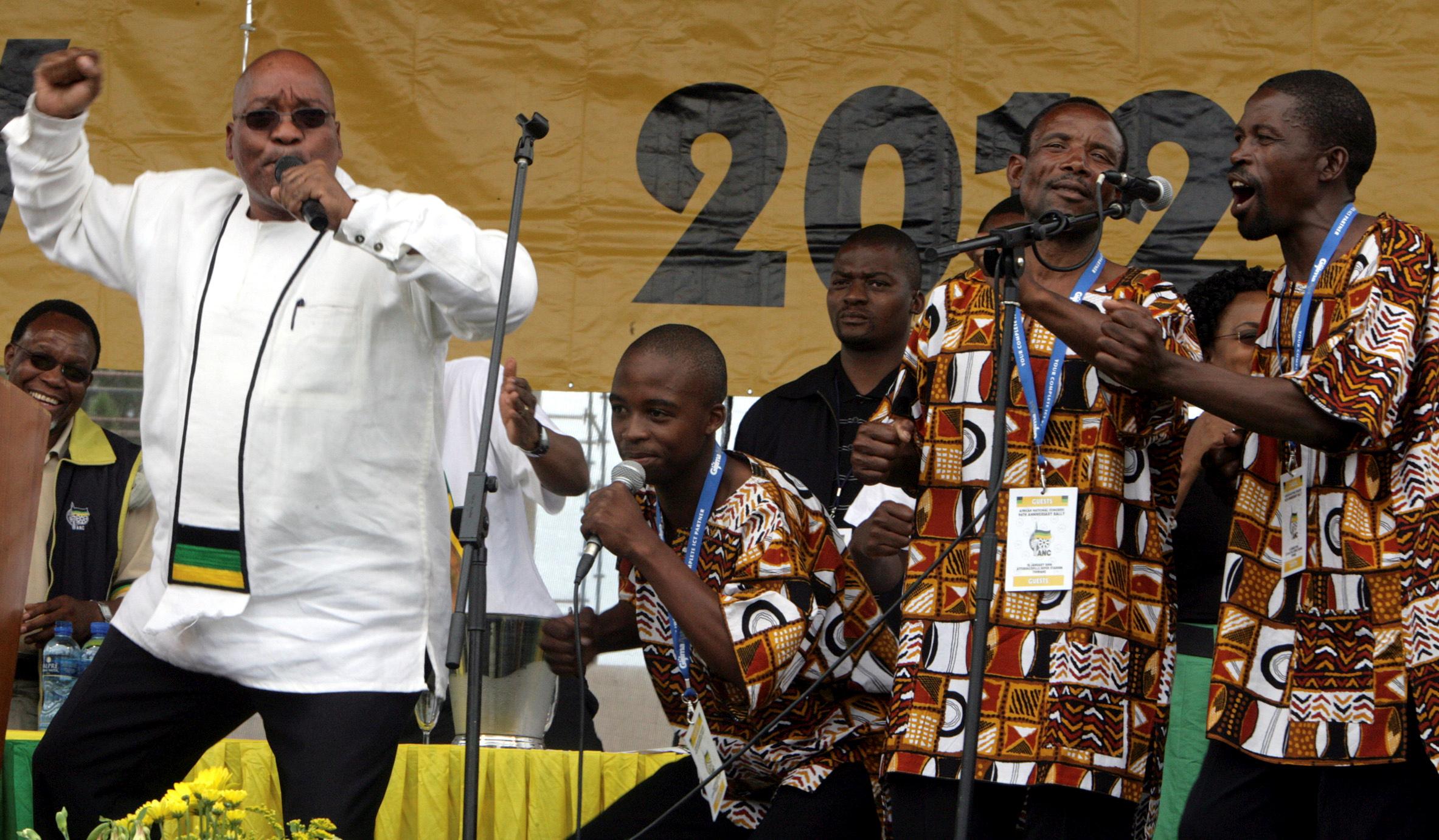 During white rule, Zuma was imprisoned for 10 years with Nelson Mandela on Robben Island. Later he went into exile, before returning after the ban on the now ruling African National Congress was lifted in 1990.

The 76-year-old, who was forced to resign as president in February 2018 after nine years beset by corruption scandals and economic stagnation, beat several contenders to record the songs for the project led by a Durban-based municipality, including emerging artists and established musicians.

Zuma has regularly broken into his trademark anti-apartheid song “umshini wami” or “bring me my machine gun” after speaking at rallies or after court appearances.

“The former president … is into the habit of singing these songs and, at times, when he sings them, even the activists today can’t follow him because these songs were new to them,” Thembinkosi Ngcobo, head of the eThekwini Municipality’s Parks, Recreation and Culture department, said.

Music played a central role in the struggle for liberation from colonial rule and the apartheid regime. It was used to protest at racial segregation and raise awareness, generating support for the movement against apartheid, which ended in 1994.

However, opposition party the Democratic Alliance, has said choosing Zuma for the project “is blatant patronage where the people’s money will be used to finance the former president’s lifestyle”.

In an interview with eNCA news channel this month, Ngcobo said he was not expecting Zuma to be paid and that the former president had not asked for anything in return.

Zuma’s office declined to comment, referring questions to the parks department, until the details were finalised. He has always denied corruption allegations leveled against him.

The eThekwini project is aimed at preserving the history and role such liberation songs played in the anti-apartheid movement, Ngcobo said.

“There is about 80 years, 90 years of the whole liberation struggle history that we lost because these songs were never kept,” he told Reuters.